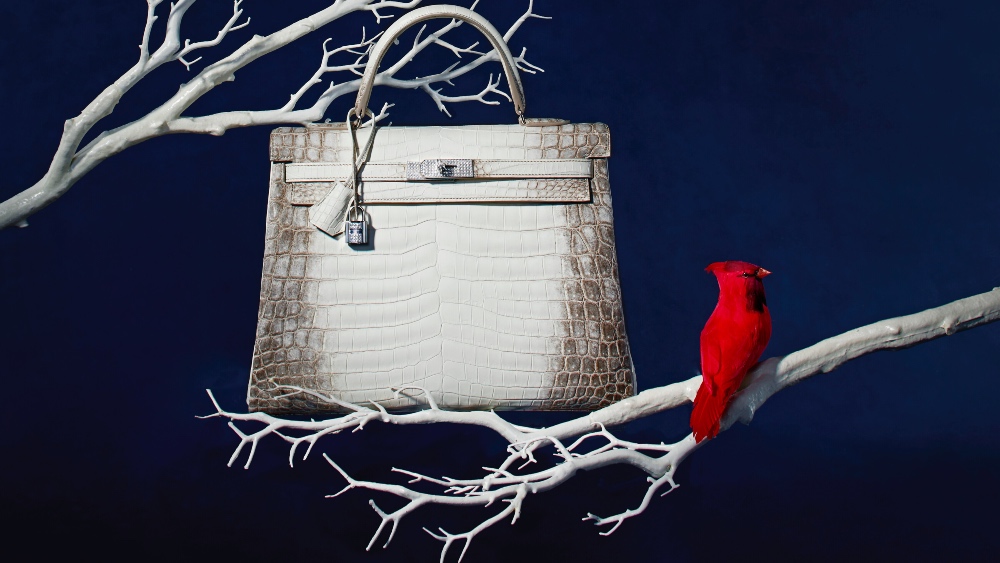 If there’s a handbag collector on your holiday shopping list, Christie’s next auction couldn’t be better timed.

This week, the New York-based house unveiled the lots it’ll offer in an online sale it’s holding in conjunction with its upcoming Luxury Week auctions.

The sale, entitled “Handbags Online: The New York Edit,” will feature over 250 bags from brands including Hermès, Chanel and Louis Vuitton. Among the top lots are numerous Hermès grails, including a Kelly made from the French house’s coveted Himalayan crocodile skin with 18-carat white gold and diamond hardware, a red crocodile Birkin and a mini Fuschia ostrich Kelly. There is also a range of rare finds from other brands, like a Marc Jacobs-era Louis Vuitton Murakami jewelry trunk valued at over $40,000.

One lot making its Christie’s debut at auction is the Hermès Kellydole Picto—a modern update of the 2000 Quelle Idole. Another debut for the New York auction is a Picnic Birkin designed by Jean-Paul Gaultier during his tenure as the brand’s creative director.

Rachel Koffsy, international head of handbags at Christie’s, told Robb Report via email that the strong market for handbags makes it one of the reasons why it’s an excellent time to make the investment.

“This unprecedented year for the Christie’s handbags department has also seen the first various owner handbag auctions in Paris since 2017. The secondary market for luxury is growing at a faster pace than the primary market,” Koffsy said. “Clients and collectors around the world have a keen interest in resale. In particular, the younger generations emphasize the sustainability element when it comes to collecting.”

Buyers will have a chance to bid on their bag of choice from November 29 through December 9. The auction will be online in partnership with the luxury vintage re-seller What Goes Around Comes Around. But if you want to see them in person before you bid, you can visit Christie’s in Rockefeller Center during Luxury Week starting December 2 at 9:30 a.m.