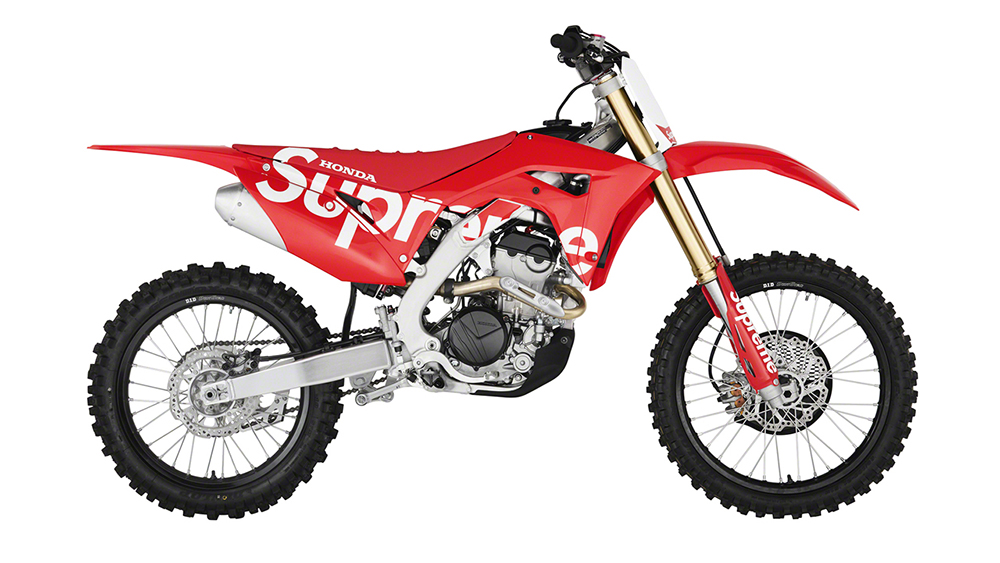 Supreme has come a long way since it opened in SoHo 26 years ago. Today, the billion-dollar streetwear label is one of the world’s most successful purveyors of collectible clothing and accessories, a ton of which is currently being auctioned at Christie’s New York.

Curated by noted Supreme historian and aficionado Ross Wilson, Behind The Box: 1994-2020 features some of the most sought-after rarities sourced from the world’s most prominent Supreme collectors. It includes coveted archive products, non-released samples, and rare pieces from collabs with Louis Vuitton and Comme des Garçons. The collection on offer also includes exclusive skateboard decks created in partnership with contemporary art stars like Damien Hirst, KAWS and Takashi Murakami.

Christie’s says the sale is the largest of its kind thus far and is the first time the generation-defining collection has gone under the gavel as one retrospective.

“Behind The Box 1994-2020 sets a new standard for a sale solely dedicated to Supreme, the infamous New York lifestyle brand,” Wilson said in a statement. “Where previous sales have presented single lot pieces from the brand’s most recent output, this auction showcases the entire timeline of Supreme’s 26-year history by offering the most revered pieces from 1994 onwards.”

The complete collection of every standard-size Supreme box logo sticker ever released.  Christie's

The online auction, which kicked off December 1, is expected to realize more than half a million dollars and has already garnered a heap of bids. One of the most prized lots is a complete collection of every standard-size box logo sticker ever released. It has a high estimate of $40,000.

Another standout piece is a red Honda dirt bike (pictured at top). The two-wheeler is based on the CRF 250R off-road model and is made up of 79mm bore and 50.9mm stroke lengths for high-revving performance. It’s expected to reach $25,000.

For the fans of Louis Vuitton and Supreme capsule, there’s a collection of clothing and accessories that is expected to sell for between $18,000 and $24,000, along with a skateboard that could fetch up to $15,000.

The Supreme pinball machine made exclusively by Stern.  Christie's

The auction is taking place alongside a private sale of the only known comprehensive archive of Supreme box logo tees, which is expected to pull in $2 million by itself.

Behind The Box: 1994-2020 will wrap up December 15, which gives you just enough time to pick up a gift for your favorite hypebeast, or, you know, yourself.