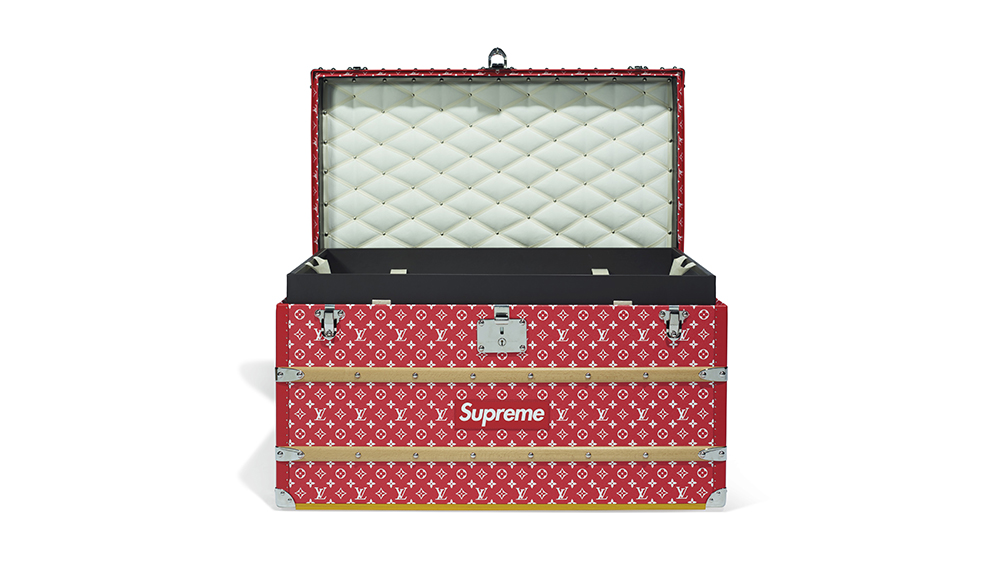 Legendary skate brand Supreme turned much of retail on its head a few years ago as it began a rapid expansion despite an otherwise sleepy retail market. Today, it is effectively part of the establishment—and the results of a much-anticipated auction at Christie’s reveal that its special collaborations are just as collectible as fine art.

Entitled Handbags x Hype, the online auction culled together some of the most photographed pieces from Supreme’s partnership with Louis Vuitton in addition to a host of other rare treasures. Included was a Monogram Malle Courrier 90 Trunk that sold for just as much as a one of a kind Himalaya Niloticus Crocodile Birkin 30––a cool $125,000 each. The entire affair exceeded expectations and garnered $2.1 million in sales with Supreme merchandise selling 95 percent of its available offering, according to WWD.

This sale represented the largest collection of Supreme gear Christie’s has ever sold, with stock including everything from its branded Everlast Boxing Group (sold for $17,500) to a set of KAWS-designed skateboards (sold for $32,500, a price four times their initial estimate).

“This auction successfully captured luxury as it is defined today and we were delighted to see the wide range of global participation with bidders from the U.S., Asia, Europe, and the Middle East,” said Caitlin Donovan, head of sale for handbags and accessories at Christie’s. Essentially, the sizable sum generated by the sale represents a shift in what modern consumers are seeking. It should be noted that after a series of blockbuster fashion exhibitions put on over the past several years, the market for fashion at auction has heated up substantially with museums, private collectors and investors eyeing the most hard-to-find gems.

In the same vein, the fruitful outcome of this sale further cements athletic gear and handbags as legitimate categories for collectors. Fashion at auction once took a noticeable back seat to fine art, but that is quickly changing. And, as this one example demonstrates, bidders are clamoring for items that extend well past the traditional parameters of ballgowns that once dominated the genre.

Sotheby’s hosted a similar auction over the summer that focused on rare sneakers. One pair from Nike made for the 1972 Olympic trials went for $437,000. It all makes us pretty confident there’s more to come.