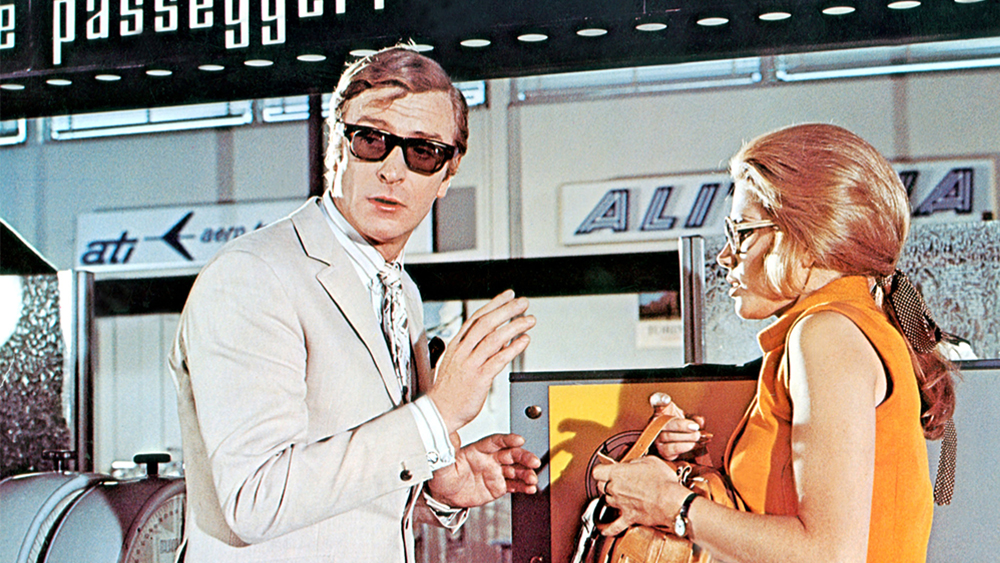 Just in time for the eagerly awaited summer season, 100-year-old British eyewear specialist Curry & Paxton is back. If the name doesn’t ring a bell, it’s likely because the brand shuttered back in 1987. Despite its time out of the limelight, Curry & Paxton is as much a bastion of Anglo style as Edward Sexton or Turnbull & Asser. With a pioneering tale, including appearances by The Duke of Windsor and a poster boy of Cockney swagger, the brand’s story is unparalleled in the pages of optical history.

Thankfully, David Mason—who has revived a number of dormant British brands—saw Curry & Paxton’s potential. It joins an impressive stable of labels under Mason’s stewardship: Anthony Sinclair, who was Sean Connery’s tailor in the early Bond films; Mr. Fish, who made shirts and dresses for Mick Jagger and David Bowie; and Motoluxe, which specializes in seriously cozy alpaca Teddy Bear coats. Rescued from disappearing into obscurity, Curry & Paxton is now in esteemed company.

“I came across Curry & Paxton by complete accident around five years ago whilst researching the Douglas Hayward business, which had recently closed its doors,” Mason tells Robb Report. He was watching iconic crime caper (and perennial menswear touchstone) The Italian Job and realized that the sunglasses Michael Caine wears are the same style he wore in the Harry Palmer films earlier that decade.

Instantly recognizable by the hexagonal pinwork around their hinges—a detail that remains a Curry & Paxton hallmark—the glasses spurred a 007-worthy bit of recon. Mason says that “on further research, I discovered that a pair of the glasses supplied for The Ipcress File were auctioned by Christie’s in 2006, and the maker was Curry & Paxton. I immediately decided that this was a brand that deserved to be brought back to life.”

While Curry & Paxton celebrates its centenary this year, its roots can actually be traced back even further. Prior to 1920, the brand traded under the name Pickard & Curry, which was founded 1876. “Their products not only found use in the world of optometry, but also in the wider application of precision lenses with the manufacture of opera glasses, microscopes and more,” Mason comments on the company’s innovative spirit, noting that the brand earned several patents in design.

By the 1940s, Curry & Paxton had evolved significantly and had many factories and offices across Great Britain. It was around this point that it began producing handmade spectacles, which happened to catch the eye of The Duke of Windsor—the famously discerning tastemaker and black sheep of the royal family—who bestowed them a Royal Warrant, such was his fondness. For Mason, though, a great boon came in discovering “the company’s support of the war effort and the post war development of free prescription glasses for the National Health Service.” It’s a period in the brand’s history that he looks back on with pride.

The swinging sixties saw Curry & Paxton gain cult status, with Michael Caine’s patronage of the Yvan frames in the Harry Palmer trilogy and The Italian Job epic (and while gadding about London off-screen). Like many heritage British businesses that excelled in the 20th century, Curry & Paxton didn’t survive the global boom of the 1980’s. But lucky for us living in the new millennium, the brand has re-emerged unscathed.

The new ‘Grace’ frames, $188; an archival pair that featured on the cover of Tatler.  Curry & Paxton

The new Centenary Collection includes a handful of classic frames, such as Yvan, Alex and Paul, that retain their timeless appeal. The brand has even collaborated with the aforementioned Motoluxe on two pairs of side-shield frames for a sporty yet elegant style that are near-identical copies of two 100-year-old archive models. There are women’s styles, too—the Grace frames replicate a pair of Curry & Paxton sunglasses worn on the cover of Tatler in November 1959.

With a century behind it, what do Curry & Paxton’s next 100 years look like? Well, given Mason’s success with reviving British brands, the template for success has already been set. “The goal for Curry & Paxton is much the same as the other brands that I work with, which is to restore the name to—and beyond—its former glory, and allow customers to do more than simply buy a product…they are acquiring a piece of history.” So, whether you’re more aligned to a member of the royal family, a playboy East-Ender or somewhere between the two, Curry & Paxton has some storied frames to sport this summer.