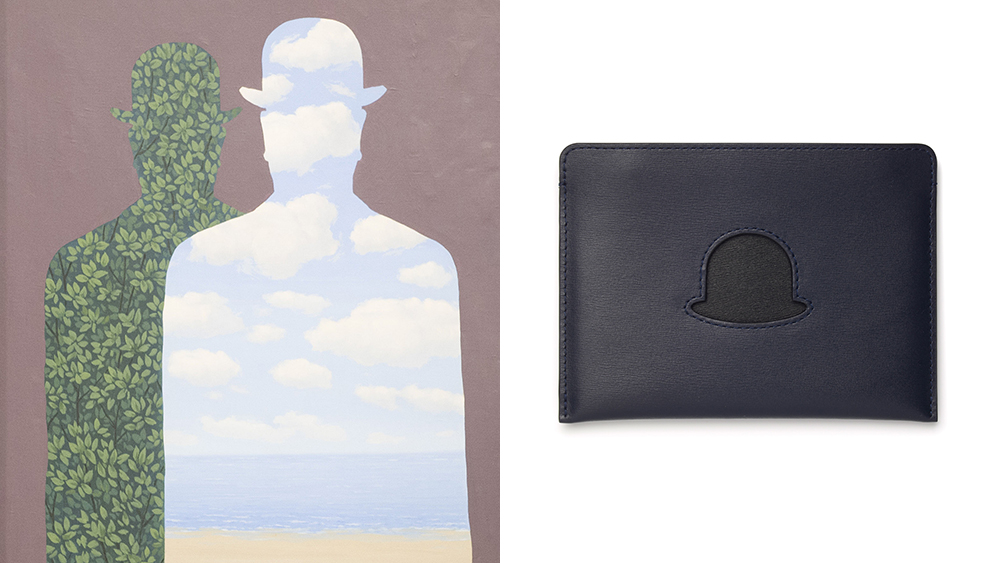 As the inventor of the leather handbag, the Belgian house of Delvaux has been making some of the finest things you can carry since 1829. And now, 190 years after its founding, it’s starting to offer more and more products for men.

The company registered the earliest known patent for what we’d now call a purse in 1908, and it quietly started selling men’s briefcases at Barney’s in 2011. On May 15th, Delvaux will take another step and launch a line of men’s and women’s bags made in partnership with the Magritte Foundation, bringing some of the hallmarks of another Belgian institution into its products. The new line also radically expands on its men’s offering at the same time.

Delvaux’s collaboration with the Magritte Foundation includes a tote, a document holder, a computer bag, and smaller goods like wallets and keychains.  Delvaux

The collection runs the gamut from small leather goods to full-sized briefcases and computer bags. (Prices range along the same lines: a sharp navy necktie will only set you back $250, while the brand’s first travel bag, the D-Off, will retail for $4,450.) All of the pieces, in some way, playfully feature some of Rene Magritte’s most recognizable symbols, from the bowler hat that you can see on the handles of a tote bag and document holder to the keyhole-shaped toggle on the D-Off.

“It’s a little asymmetrical, but it’s very easy to carry. It plays with very interesting colors,” Loubier said, noting that the entire collection is rendered in relatively masculine shades, like black, navy, sky blue and white. “[The keyhole] is part of Magritte’s heritage, but it also opens the door to go and travel.”

To celebrate the new collaboration, Delvaux will display a selection of paintings on loan from the Magritte Foundation at its New York City flagship store, at the corner of Fifth Avenue and 59th Street. It’s emblematic of how far Loubier is willing to go to give customers and non-customers alike an experience they won’t forget. And it’s also forcing the CEO and the rest of Delvaux to think about how to serve people better.

“[The collaboration] is an amplifier, a booster for what we do, but it also obliges us to do better. We need to be in the same league as this outstanding painter,” he said. And that extends to making more products for men.

“I think that when proving ourselves, we always go a step further,” Loubier added. “There’s not a universe for men and a universe for women. It’s the same brand, and it’s reaching out to everyone.”