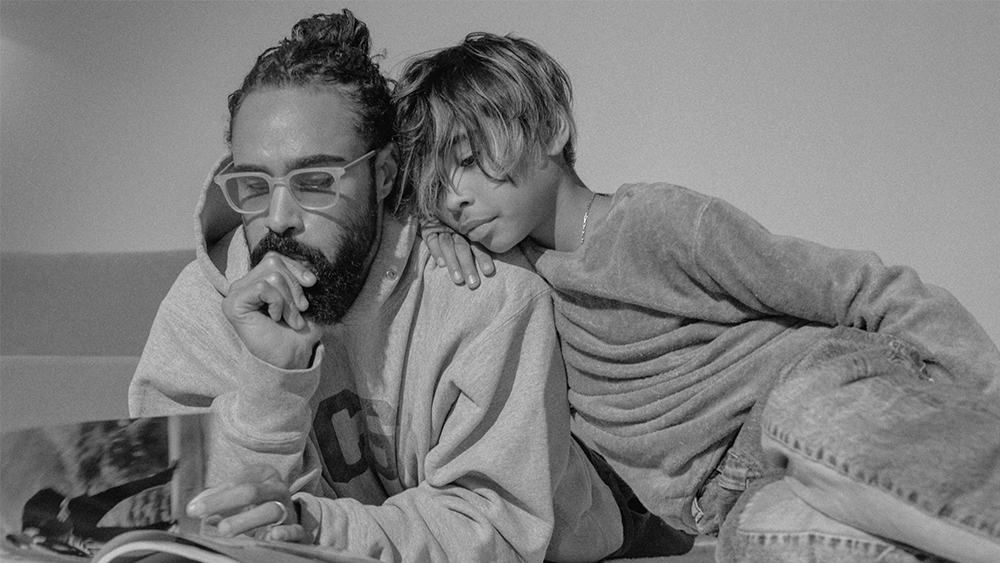 Fashion loves a collaboration. It’s a predilection that’s yielded a number of questionable pairings (Evian x Virgil Abloh, Dolce & Gabbana x Smeg, The Peanuts x Marc Jacobs…to name a few). Eyebrow raising aside, the best collaborations are those borne of an authentic affinity between two brands, and it doesn’t get much more authentic than the story behind the new Barton Perreira x Fear of God collaboration. The eyewear collection, which is currently available for preorder, isn’t an exercise in co-branding so much as it is the fruit of a long-standing admiration. It all began some eight years ago when Fear of God designer Jerry Lorenzo came across his perfect pair of glasses, a model he’s been wearing ever since.

“I found my first pair at Dan Deutsch’s optical boutique here in Los Angeles,” Lorenzo tells Robb Report. “I fell in love with the frames without having any knowledge of the Barton Perreira brand. Similar to digging at vintage flea markets, you have an idea of what you’re looking for but, until you find it, the idea of what you’re looking for is just that: an idea. When I found my first pair, I was like ‘Finally, the solution I needed!’”

The ‘Woody’ model Lorenzo fell for is a classic square-lensed optical that exemplifies the understated refinement that is a hallmark of Barton Perreira’s Japanese-made eyewear.  “What I loved most is that the frame was perfectly un-opinionated,” Lorenzo says. “The shape and the translucent champagne tones—I felt as if the frame was designed perfectly not to overpower the person wearing them.”

That quiet consideration is a trait that’s made Barton Perreira a favorite among celebrities from Brad Pitt to Ryan Gosling since it first launched in 2007. The same could be said of Fear of God, which has developed a cult following for its stripped-back takes on sportswear staples. So, there was already an aesthetic lingua franca between the two LA-based brands—one of the reasons why Patty Perreira, who cofounded Barton Perreira with Bill Barton, was following Lorenzo on Instagram and noticed that he wore a number of her designs.

“I fanned out a bit,” Perreira recalls. “Our brands share many core values, including the guiding principle to always thoughtfully craft with intention. What attracted me to Jerry’s work is that his collections are reimagined American classics, yet luxe in fabrication and design.”

With so much in common, it’s no surprise that the two also shared a mutual friend. After her discovery last spring, Perreira floated the idea of a collaboration by the acquaintance and within a matter of weeks, Barton and Perreira were sitting in Lorenzo’s office for their first design meeting. Lorenzo, who hadn’t previously designed eyewear, began by poring through Barton Perreira’s archive of vintage glasses and bringing color references of the muted neutrals he consistently uses in Fear of God: putty greys, sandy beiges, khaki drabs.

All five models from the collection.  Barton Perreira x Fear of God

The resulting collection, called FGBP.2020, is comprised of one limited-edition silhouette—a fusion of the ‘Woody’ and ‘Joe’ models Lorenzo has long worn—in five earthy hues developed exclusively for this frame. Each pair features a combination of matte and glossy acetate and light gradient lenses, which makes them ideally suited to both optical and sun wear. True to form for both brands, the glasses are a study in balanced subtlety. “The perfect pair of glasses, like clothing, allows you to be appropriate and sophisticated for a variety of occasions,” says Lorenzo. “I think versatility, freedom and effortlessness are at the root of the design.”