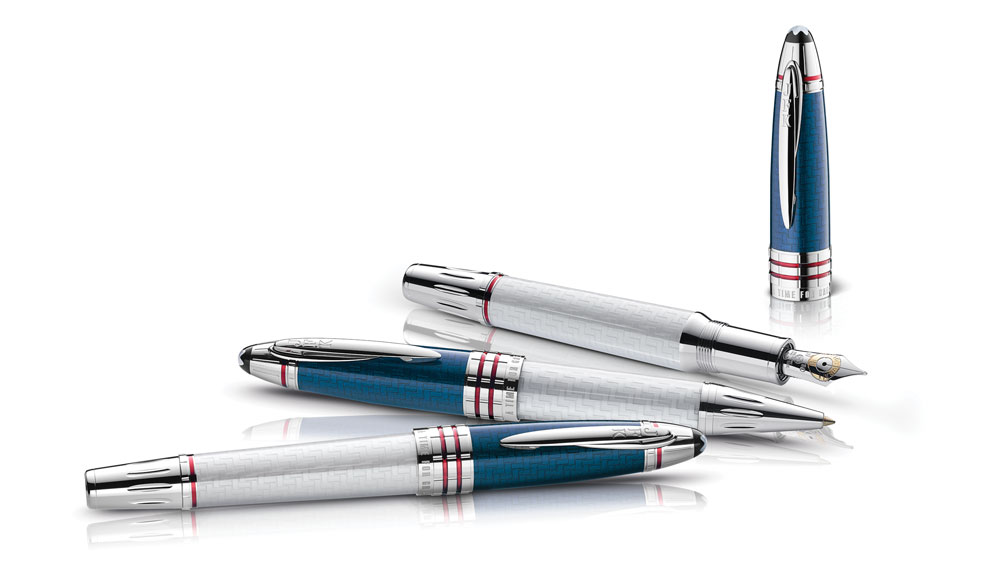 A lifelong passion and a presidential campaign are referenced in the design of the Montblanc John F. Kennedy Limited Edition 1917 (montblanc.com). Kennedy’s love of sailing is represented by the ropelike pattern that appears on the pen’s barrel and cap and by the engraving on the nib that depicts the lifesaver from Victura, his 26-foot sloop. The cap’s ring is engraved with his 1960 presidential campaign slogan: “A time for greatness.” The pen—which ranges in price from $3,255 to $3,765, depending on type—will be limited to 1,917 examples, a reference to the year of Kennedy’s birth.