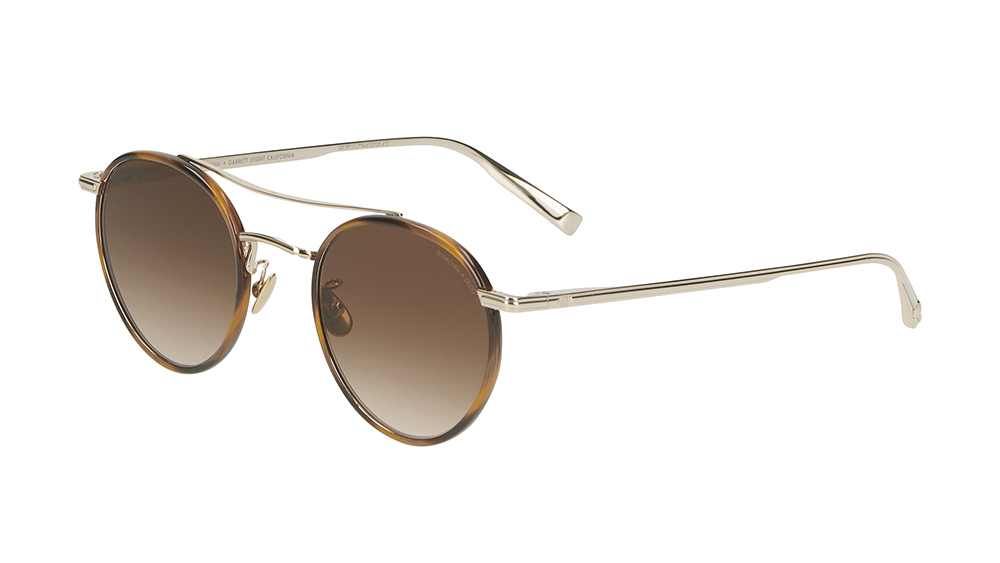 Reaching a ten-year anniversary for anything is a big deal. So it makes sense that the eyewear brand Garrett Leight California Optical is celebrating its aluminum anniversary in a big way. It just unveiled that it’s offering a stylish take on the traditional metal gift: a collaboration with the luggage brand Rimowa.

The white gloss of the polycarbonate suitcase has a distinctly Californian aesthetic.  Garrett Leight

“It’s extremely meaningful to me to be able to go from where we were to where we are now, where we’re collaborating with Rimowa,” the brand’s founder and CEO Garrett Leight said in a telephone interview, calling the German company one of the most important brands in the world. “A brand like that, that has that much global awareness and strength and is at the same time collaborating with people like Supreme and Virgil [Abloh] and all these things… to be held in that company is elite.

The partnership yielded what’s essentially a “Venice starter kit” filled with everything you need for a day at the beach, all housed inside a glossy white Rimowa Essential Cabin suitcase. Inside it, you’ll find surf wax, a towel, a special sticker set, a luggage tag and a pair of GLCO sunglasses designed with Rimowa. The shades themselves are a modified take on Leight’s best selling pair, a round-frame style called the Wilson, and they also represent the luggage brand’s first foray into eyewear.

“We really played into the travel idea by presenting an aviator—because it’s a classic flying pilot frame,” Leight said. “We basically kept that aviator vibe of the metal [from the Wilson], but transformed it into a round shape with a topbar to kind of mimic the aviator.”

Garrett Leight, founder of the eponymous eyewear brand, and the sunglasses he made in collaboration with Rimowa.  Garrett Leight

The case for the glasses has the same rilling pattern as the exterior of a Rimowa rolling case. And though both the bag and the shades are undeniably luxe, the collaboration is elevated by a good dose of the California psychedelia that’s become increasingly popular on the runway. By slipping on the reworked Wilson frame, you’re buying into the feeling of heading west, diving into the Pacific and driving down the PCH.

“If they wanted to capture that LA, Venice Beach aesthetic, they chose the right people,” Leight said. “[It’s] very easy for us. That’s who we are. It’s not a made-up thing. It’s so hard in this generation of branding to find things that aren’t made in a boardroom. And ours was not.”

His affinity for the brand isn’t made up either: Leight bought his first piece of Rimowa luggage five years ago during a trip to New York. “I honestly saw my dad with a Rimowa and I was like, ‘My dad has one, and I don’t even have one!'” And considering his dad, Olvier Peoples founder Larry Leight, managed to keep his own eyewear brand in business for over 30 years, it bodes well that this apple hasn’t fallen far from the tree.

GLCO’s collaboration with Rimowa will be available on rimowa.com and garrettleight.com starting March 12. The sunglasses alone will retail for $470 a pair, and the luggage will set you back $1,100.