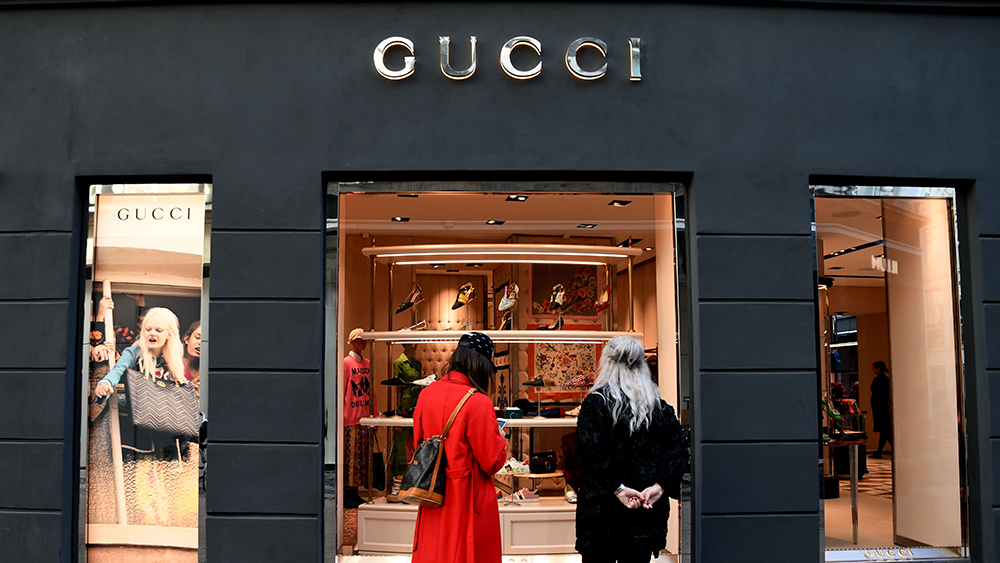 Depictions of call centers usually involve the following: cubicles, bad fluorescent lighting, utilitarian flooring and swiveling desk chairs. And, in most instances, that image isn’t too far from the truth. But Gucci’s call centers are a different story. A brand new one in Jersey City dubbed Gucci 9 Hudson showcases how the iconic Florentine brand plans to barrel ahead even with recent serious setbacks.

In a wide-ranging profile published in The Wall Street Journal, CEO Marco Bizzarri detailed how the brand’s customer service is evolving and how these new centers are pivotal to strategic success. The latest addition––like its counterparts in Florence, Singapore, Tokyo and Soeul––was designed by Gucci creative director Alessandro Michele’s atelier with the same consideration the brand applies to its glossy retail stores.

If all goes as planned, customers will soon be able to video chat with one of 500 representatives in their plum-carpeted surroundings. “If the people are surrounded by beauty and submerged in the world of Gucci, the message that they will have to the people calling will be exactly what we want to achieve,” Bizzarri told the Journal.

Since Bizzarri took the business helm in 2015, Gucci has seen enormous growth. Though it was already generating $4.2 billion in revenue at the time, that figure has since swelled to $9.5 billion thanks to Bizzarri’s deft management and Michele’s creative momentum.

But the call centers represent more than just the brand’s ability to provide cushy office space given its flush coffers. After a series of embarrassing setbacks, most notably a scandal generated after a sweater was perceived to use blackface imagery, it’s one part of a game plan meant to keep Gucci relevant far into the future.

Next up on Bizzarri’s list of ways to reinvigorate Gucci include a restaurant above the Beverly Hills boutique by the Michelin-starred chef Massimo Bottura (who Bizzarri has known since childhood) in conjunction with a cruise runway show slotted to be somewhere in the U.S. “We want to create joy,” Bizzarri said. “I want people to smile—especially because it’s something you didn’t find in the luxury business.”