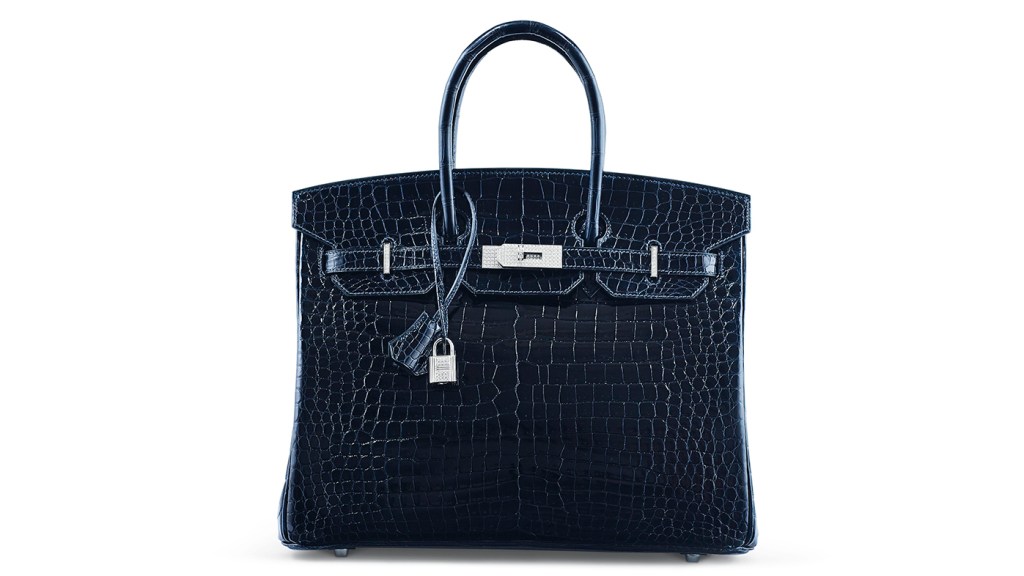 The month of May means flowers in bloom, long sunny days—and lately, it seems, record-breaking Birkin sales. On May 25, 2015, a fuschia Hermés Birkin sold for $222,000 at Christie’s Hong Kong, a then-world-record for any handbag at auction. Almost exactly a year later, a matte white Birkin topped it, selling for $300,000 (again at Christie’s). And this year, on May 31, the Hong Kong auction house brought the gavel down on a matte white-and-grey Birkin for an astounding $380,000.

Matthew Rubinger, international director of handbags and accessories for Christie’s, says the series of records “signifies the growth of the market itself”—a market born in 1978 when Christie’s London sold Coco Chanel’s handbag to the Smithsonian for $800. By Rubinger’s reckoning, the newest record holder, a 2014 Himalaya niloticus crocodile Hermés Birkin with 18-karat white gold and diamond hardware was destined for glory.

“Within the handbag auction market, the biggest brand is Hermés, and it has to do with the quality of the pieces. All the top pieces are made by hand from end to end, and they’ve stuck to that for the last 150 years,” Rubinger says. “The most important [Hermés handbag] is the Birkin. Within the Birkins, the crocodile Birkins are [made from] the finest material used. Among the crocodile Birkins, the Himalayas in white and grey with diamond hardware are the pinnacle of the market. I’m not surprised it holds the world record.”

But how long will it hold the record? This spring, Rubinger and his team embarked on a jet-lag inducing tour that scheduled sales in Hong Kong, London, and New York mere weeks apart. On June 12 in London, a 2007 shiny bleu marine porosus crocodile Hermés Birkin 35 with 18-karat white gold and diamond hardware sold for roughly $196,540, setting an auction record for any handbag sold in Europe. Could a bag in the New York online auction—taking place now through June 22—set a record, too? One thing is for sure: The current Birkin record won’t last for long.