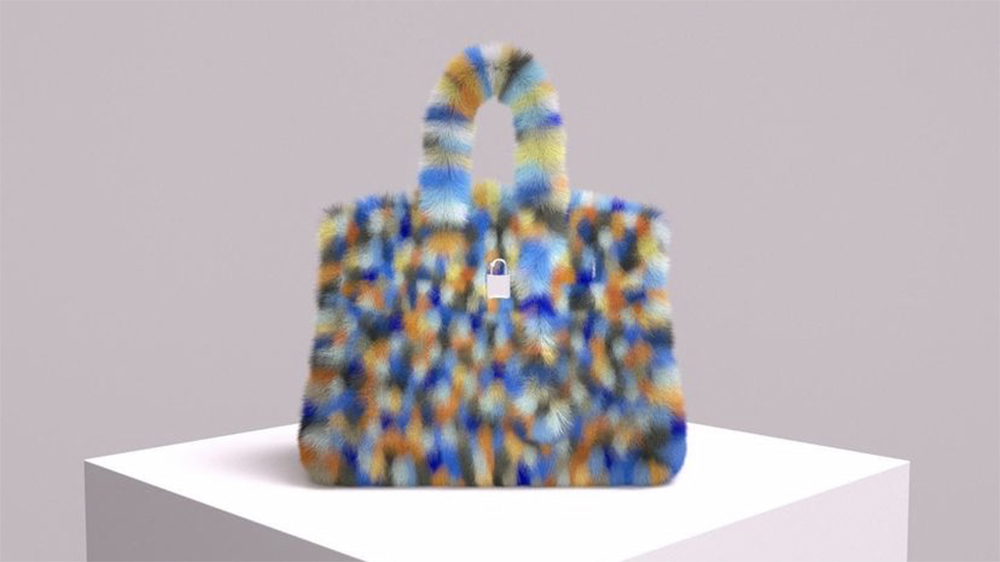 If Hermès is going to join the metaverse, it’ll do it so on its own terms.

That’s why the French luxury design house wants Mason Rothschild to stop selling digital versions of its Birkin bag. It’s so serious about this, that the brand reportedly sent the artist a cease-and-desist letter and asked a major online marketplace to stop selling the non-fungible tokens (NFTs).

Last month at Art Basel Miami, Rothschild, a Los Angeles-based digital creator, launched the MetaBirkin, a digital version of the iconic tote limited to just 100 unique NFTs. The metaverse accessory has the same silhouette as the 37-year-old Birkin but is usually covered in fur and a colorful pattern (Hermès’s bags can be bold but not this bold). As tends to be the case in these NFTs-obsessed times, it caused a stir in the fashion world and garnered coverage from publications like Elle.

They also appear to have caught the eye of Hermès, which has nothing to do with the NFTs. Last week, Rothschild took to Instagram to say that he’d received a cease-and-desist order for the Metabirkins and that the brand had asked OpenSea, currently the premier marketplace for NFTs, to bring them down. In three open letters addressed to Hermès, OpenSea and the NFT “community,” he defended his art and said his NFTs are shielded from any takedown claims because of fair use. He also chastised the design house for not supporting artists—like himself.

“There is a moving tide of innovation and evolution, and it is your role as a fashion powerhouse to amplify young creatives and artists rather than stomp them out,” he wrote. “Your actions can help determine the future of art in the Metaverse.”

While Rothschild might feel this way, it would seem that Hermès does not. And, because the brand, unlike so many of its peers, has not begun selling digital versions of its wares in the metaverse, there’s a good chance a court may agree, according to The Fashion Law (h/t High Snobiety). Because it might one day join the metaverse, Hermès could potentially stop its trademarks from being used by competition—in this case, someone who wanted to sell the Birkin as an NFT.

A representative for Hermès did not immediately respond to a request for comment from Robb Report.

Although Hermès may have asked OpenSea to stop selling MetaBirkins, the NFTs were still listed as a press time. The current high asking price is 9.9 Ethereum, or roughly $38,000. That’s a lot, of course, but nowhere near as much as a real Birkin bag can cost.

For now, at least, you can’t beat the original.