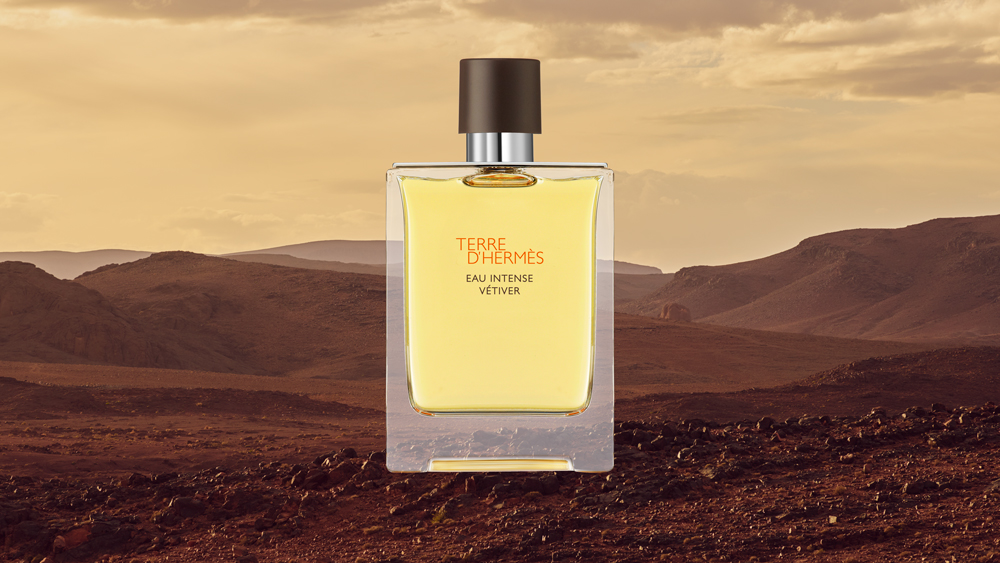 Fragrance is a tricky business–one that’s equal parts molecular chemistry, alchemy, and art.  Creating a new scent from the ground-up takes an olfactory maestro (something that noses at top houses around the world train lifetimes to be able to do), but re-imagining an existing scent—and an extremely popular one at that—for a new generation? That takes guts.

But this is exactly what Christine Nagel, head perfumer at Hermès and one of the few top female noses in the industry, has done. And her take on the house’s iconic Terre d’Hermès men’s fragrance hits shelves this week. Interestingly, the scent—originally created by the house’s longtime nose Jean-Claude Ellena—was not its first men’s fragrance. Yet in the 12 years since its release, Terre’s mix of woody, mineral scents have become the defining notes of the Hermès man. “I wanted to understand the masculinity of Hermès, so naturally I chose Terre,” Nagel explains. “I must be one of the only perfumers in the world that can do the craft completely free. Hermès puts all of its trust in creators, [so the house] didn’t demand that I recreate it . . . I wanted to do it because it is such a huge monument of the brand.”

To build her version of the fragrance (called Terre d’Hermès eau Intense Vétiver and available for $132 for a 3.38 fl. oz. bottle), Nagel worked backwards. “I was not afraid to rework the scent,” she says, “I [approached the project] as trying to understand it further, so I took it into pieces.” Once deconstructed, the vegetable, green notes of the perfume stuck out the most (terre does translate to earth, after all). She leaned into this—amping up the vetiver factor to keep the fragrance warm, swapping out the original’s black pepper notes for bright, almost spicy Sichuan pepper, and finishing it off with Queen of Hesperidia bergamot, picked just before maturity specifically for Terre.

The resulting scent—approved by Jean-Claude Ellena himself (he was the first to smell the finished product after Nagel had perfected her version)—is an intoxicating balance of the three notes. It’s masculine, but never serious, with just the right amount of that playful signature Hermès energy.

“[The original] Terre d’Hermès was such a success because it captured a feeling,” Nagel says. “Perfume is really personal—it’s all about sensibility.” And this one’s spirit of easy, unfussy hopefulness is a feeling we all could use a splash of.