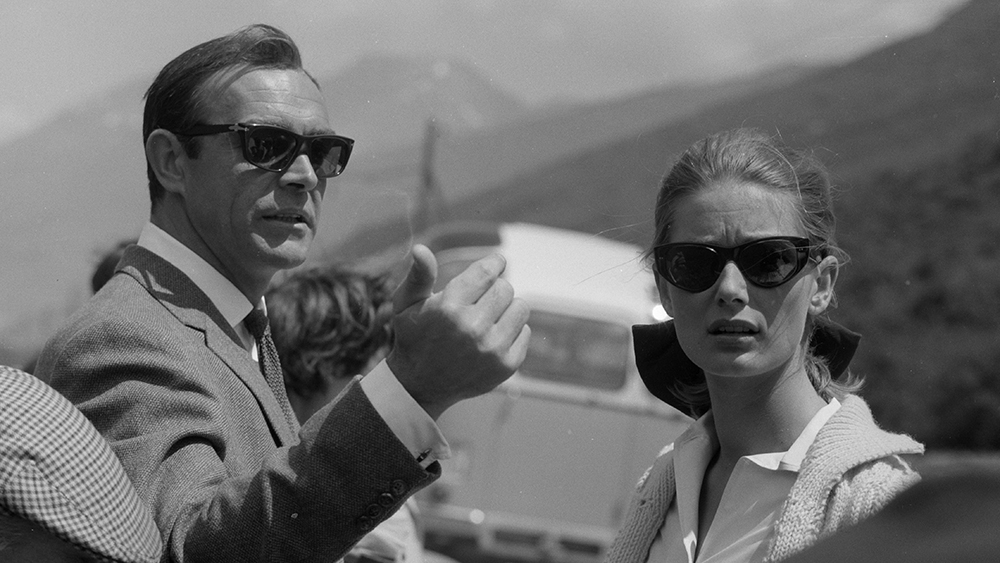 Bond-inspired products are typically related to the most recent 007 outing, but with Daniel Craig departing the franchise and his successor yet unknown, it’s unclear when the moviegoing public will next rendezvous with the secret agent. So instead, LA-based eyewear designer Barton Perreira is looking backward (no pun intended), finding fresh inspiration in Bond’s past adventures to recreate shades from 007’s greatest hits.

The eyewear maker’s relationship to Bond began with 2021’s No Time to Die, when the production’s wardrobe stylist tapped Barton Perreira to style Craig in the film. As a result, Craig’s Bond avoided glares with the brand’s angular Joe model, which was in turn offered to consumers as a limited-edition 007 Joe with the agent’s code number inscribed on its temple.

The partnership between Barton Perreira and EON Productions, which produces the Bond films, has continued into 2022 with the 007 Legacy Collection. The ongoing capsule celebrates the franchise’s 60th anniversary with shades pulled from Bond’s most memorable outings: its first release in November 2021 unveiled specs first seen on Sean Connery in Thunderball and Christopher Walken as the villainous Max Zorin in A View to a Kill.

“I found that I was inspired by styles that both Bond and the villain characters wore,” says Barton Perreira co-founder and designer Patty Perreira, who received access to the Bond archives during the design process. “I narrowed it down to which silhouettes I felt looked the most classic and iconic.” The collection’s latest release introduces the B Fourteen, a lightweight acetate aviator that takes after a pair sported by Sir Roger Moore in A View to a Kill and the Goldfinger, a sports-wrap style inspired by shades Sean Connery donned in the same-named film.

“I love the B Fourteen for its heritage round silhouette, but it combines a titanium top bar detail which gives it a modern appeal. Many of our men’s styles are classic round or rectangular silhouettes,” Perreira says of the Moore-inspired frames. The Goldfinger, meanwhile, gave the designer a chance to play outside her comfort zone. “I loved the opportunity to explore designing a sportier style with an elevated aesthetic—the Goldfinger is just that.”

And while each addition to the 007 Legacy Collection can be traced back to the silver screen, they aren’t precise reproductions. Instead, Perreira has subtly tweaked each for today. “Vintage silhouettes are often droopier or have strong angles,” she says. “I modified the angles and lens axis to modernize the shapes and make the fit more universal. I also designed subtle, sophisticated details that align each with the Barton Perreira DNA.”

A model wearing the B Fourteen.  Barton Perreira

Those looking forward to another sequel won’t be disappointed. A third edition of the 007 Legacy Collection is in the works for the fall, and it will again look to Sir Roger Moore’s last Bond outing for source material. “I’m finding I’m very inspired by A View to a Kill,” Perreira says. “I’m feeling the ’80s!” If it’s guys like Bond we’re talking about, then so are we.