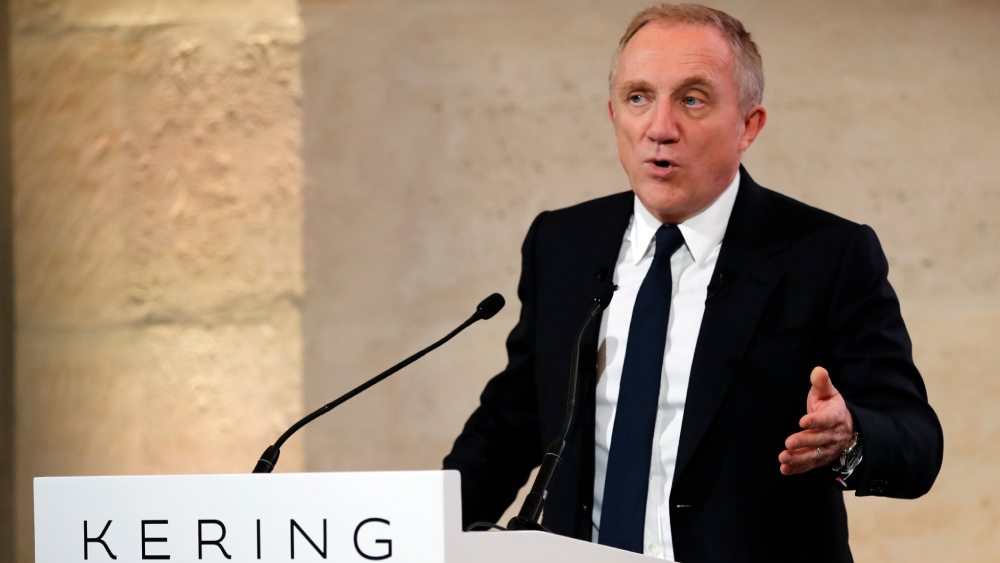 The CEO of luxury group Kering is taking a pay cut as the Covid-19 pandemic rages on.

Citing the coronavirus as its key reasoning in a press release, Francois-Henri Pinault made the executive decision to reduce his annual salary by 25 percent. (His published salary has been €1.2 million since 2017, according to WWD; the cut would bring the figure to €960,000.) In addition, Pinault and Kering’s group managing director Jean-François-Palus will forgo the entirety of the variable portions of their annual remuneration for 2020, which is likely a much higher figure than their base salaries. The board of directors will submit a revised remuneration policy for 2020 at the next annual meeting.

Pinault––ranked at number 27 on Forbes’ billionaires list with a net worth of $34.5 billion––is one of the most influential figures in the world of high fashion. Under Kering’s polished umbrella, he effectively owns and operates a stable of revered brands, including industry heavyweights Gucci, Bottega Veneta, Balenciaga and Saint Laurent.

Kering, like other companies in the luxury sector, has taken several heavy financial hits as the novel coronavirus halted international travel and forced the closure of its stores. However, the company has poured money into several initiatives to combat the disease. Kering initially made a donation of $1 million in January. “Our thoughts are with the many impacted by the novel coronavirus outbreak, and therefore we have decided to donate the funds as an immediate contribution to assist,” Pinault said at the time.

But the philanthropy continued as the number of confirmed cases swelled. Kering, along with chief rival LVMH, committed to producing face masks and other healthcare essentials as supplies ran critically low worldwide. In a statement released in March, Kering pledged to produce 3 million masks. Gucci, one of its labels, independently vowed to donate 1 million face masks and 55,000 medical overalls to frontline workers in Italy, one of the world’s hardest-hit nations, over the course of several weeks.

As Covid-19 became a more serious threat in the United States, Pinault and company pivoted their resources. Kering and its houses collectively donated $1 million to the CDC Foundation as it makes strides to study, prevent and treat the illness which had claimed nearly 100,000 lives around the world at the time of publication.