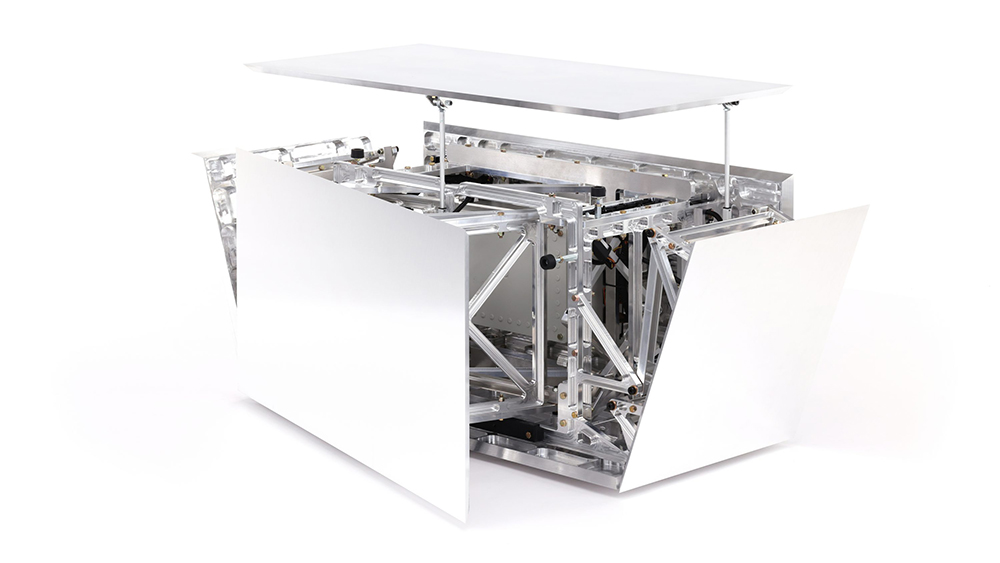 In honor of designer Louis Vuitton’s 200th birthday, the luxury brand has commissioned 200 artists and visionaries—including an astronaut, a drag queen, a glove maker, an astrologer, among others—to recreate the iconic Louis Vuitton trunk.

The trunk immediately grabbed the public’s attention when it debuted in 1858. Previously, trunks were made with sloped tops, and Vuitton’s was the first to have a flat top and bottom, making it stackable. The trunk became so popular that, to avoid copycats, Vuitton began designing and trademarking patterned canvases. Despite these efforts, the counterfeiting continued. When Vuitton’s son Georges took over the company following Louis’ death in 1892, he introduced and patented the well-known monogram pattern, which included the brand’s initials.

Now, artists like Urs Fisher, Amande Haeghen, and Qualeasha Wood, alongside creatives such as the Korean boy band BTS and art director Willo Perron, have reinterpreted the trunk to celebrate the designer’s legacy while imbuing each piece with their own personal marks. Each collaborator was given a trunk the same size as the original measurements of 50 by 50 by 100 centimeters. From that blank canvas, the creatives could design the trunks however they wanted, and most brought in the key materials and motifs from their own practices.

Haeghen encased a sculpture of stacked wavy ceramic and glass plates within the trunk, made viewable through a cutout. Perron deconstructed his box, creating panels of brushed steel separated by mechanical arms. BTS leaned into their boyish charm, coloring the outside of their trunk with markers and drawing the band’s monogram next to depictions of whales and hearts. The trunks, which were unveiled today on the anniversary, will be up for auction in December. Proceeds from the sale will go towards helping art students complete their studies.

Louis Vuitton store windows will showcase the trunks in the coming months, utilizing the space to create whimsical dioramas and scenes with the new creations. Screens will depict some of the trunks floating, set behind a red theater curtain, while other trunks will be stacked to create robot-like figures, and more.

“Imagine having a conversation with not just one visionary, but 200,” said Louis Vuitton’s visual image director Faye McLeod in a press release. “We have never done windows like this before. There’s an exceptional energy that emanates from them—this constant flow of creativity. People will really sense the feeling of celebration.”

The trunks are just the first of a series of projects that the brand will be launching to mark the anniversary. Over the next year, Alex Katz will paint a large-scale triptych of Louis Vuitton, French writer Caroline Bongrand will release a novel based on his life, and a documentary on Vuitton, Looking for Louis, will be broadcast on Apple TV in December. The brand also launched a video game featuring the brand’s mascot, Vivienne. Within the game, Vivienne must complete quests to reach a festive birthday celebration, wherein a few lucky players will have the chance to find ten NFTs designed exclusively by Beeple.