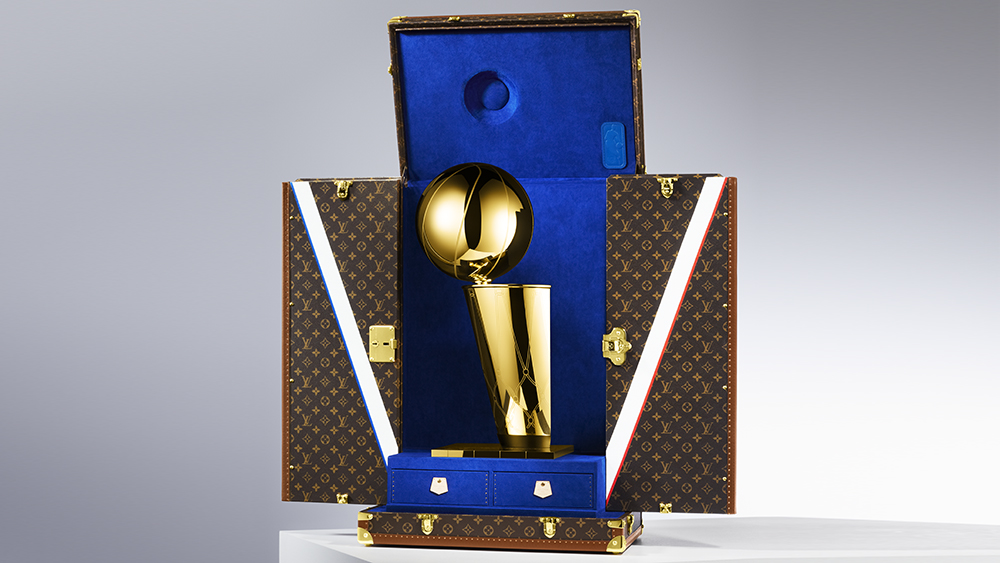 You don’t have to look very far for evidence that basketball players really, really like Louis Vuitton. When NBA teams arrive for a game, at least one of their members can be counted on to wear or carry one of the French fashion house’s well-crafted designs. (There’s Frank Ntilikina of the Knicks with a classic carryall, the Raptors’ Serge Ibaika with one of the rollaboards Marc Newson designed for the brand and Kyle Kuzma from the Lakers with the Steamer bag that’s been rendered in countless iterations.)

And now, the trophy that all of these teams and players vie for every year will have its own custom piece of Louis Vuitton luggage. The league and the brand have inked a partnership that makes Louis Vuitton the first official trophy travel case provider for the NBA. It also means the Larry O’Brien trophy will crisscross the country in a bespoke case handcrafted in Vuitton’s Asnières workshop on the outskirts of Paris. It’s the first time the brand has signed a deal with a North American sports league.

“The NBA Finals is defined by iconic players and memorable performances, culminating with the presentation of The Larry O’Brien Trophy,” said NBA deputy commissioner and COO Mark Tatum in a statement.  “The tradition, heritage and identity of Louis Vuitton create a natural synergy with the NBA, and this partnership provides a unique and befitting way to showcase our championship trophy to our fans around the world.”

The case itself features a bright blue velvet interior ideal for keeping the trophy free of scuffs and panels wrapped with its instantly recognizable monogram canvas. The front panels are painted with white stripes accented with blue and red highlights (using the colors of the NBA’s official logo) that form a giant letter V. The design is meant to underscore the theme of the project: Victory Travels in Louis Vuitton.