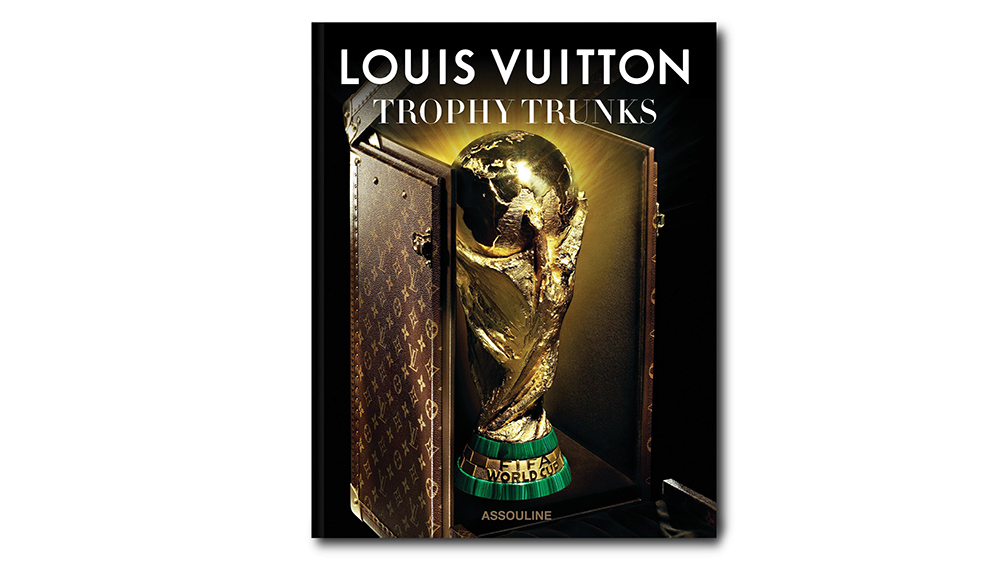 The hefty hardback, which weighs nearly eight pounds, comprises 222 pages and more than 125 illustrations dedicated to LV’s iconic cuboid creations. Penned by Olivier Margot, who served as editor in chief at France’s famed L’Équipe for 25 years, it covers all the greatest trunks released by the house over the past three decades.

For the unversed, Louis Vuitton has created custom cases for some of the world’s most recognizable trophies given to the winners of an array of international sporting events, such as the NBA Finals, America’s Cup, the FIFA World Cup and Formula 1, to name but a few.

The 222-page tome has more than 125 illustrations.  Assouline

Handmade by skilled artisans in the Asnières atelier near Paris, each trunk showcases the exceptional craftsmanship for which the house is renowned. In fact, they sometimes require more than 400 hours of painstaking work to complete. Each design is unique and takes inspiration from the sporting event and, of course, the glitzy trophy.

Take the case for the first-place trophy at this year’s Formula 1 Grand Prix de Monaco, for example. It was covered in the house’s signature monogram canvas, but the motifs were the same shade of red as the Monaco flag. The red “V” shape, meanwhile, was meant to represent “victory,” while the white stripe mirrors the urban route of the track. Similarly, the trunk for the 17th NBA Championship was accented with red and blue just like the NBA logo.

The hardcover was written by Olivier Margot.  Assouline

With each new addition, LV manages to combine traditional savoir-faire with modern touches. The trunk designed for the championship of the computer game League of Legends, for instance, featured five ultra-powerful LEDs. It’s all covered in detail in the new book.

If Louis Vuitton really isn’t your bag, Assouline has plenty of other coffee books on offer. The luxury publisher, helmed by Frenchman Prosper Assouline, has printed more than 2,000 monographs to date on everything from panama hats to Venetian synagogues.

The eight-pound tome will set you back $150.  Assouline

Louis Vuitton Trophy Trunks will be available in the US this September for $150. If you can’t wait, however, the book is now on sale in Europe for €125.