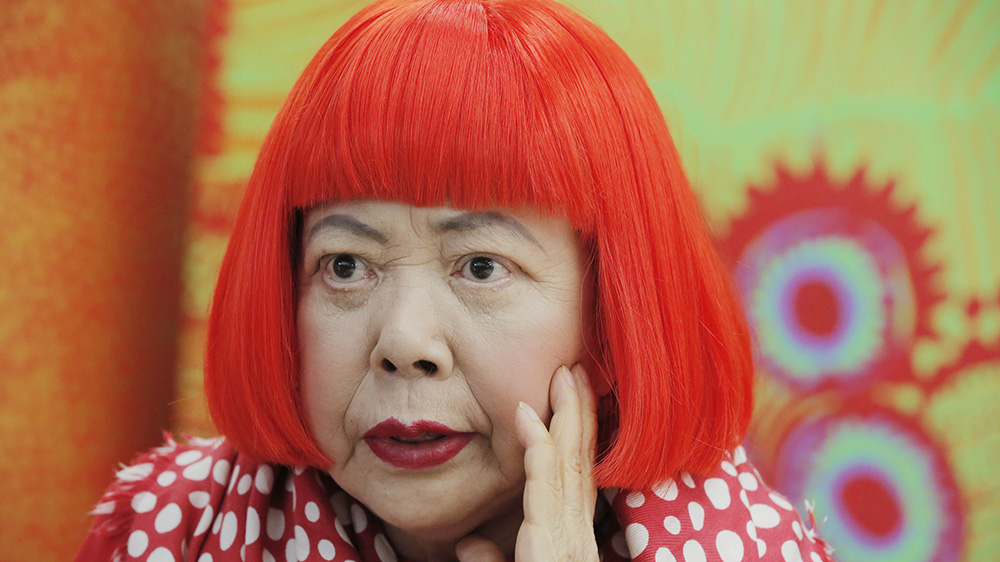 Next January, the Louis Vuitton will release a collection of clothes and accessories featuring artist Yayoi Kusama’s iconic dots, Barron’s Penta reported. A preview of the new items was included earlier this month in the Louis Vuitton cruise show, designed by the company’s creative director Nicolas Ghesquiere, which took place at the Salk Institute in San Diego. In one example, a black bag came adorned with silver balls, in a nod to Kusama’s Narcissus Garden.

The Japanese artist, 93, is known for her larger-than-life sculptures and installations, many of which feature her well-known polka-dot pattern. She previously collaborated with Louis Vuitton in 2012, when the label was headed by Marc Jacobs. That collection of dresses, scarves, shoes and bags was a big hit in both the fashion and art worlds when it was released, so it’s only fair to assume that the new collab will receive a similar response.

Where the first collection went in a ’60s mod direction, with bright red, yellow and white items, among others, the newer collaboration seems like it might be a bit more muted, at least when compared with Kusama’s usual output. During the cruise show, other items on display included black and LV-branded bags with red, yellow, green, blue and white spots dabbed on. Certainly still fun and very Kusama, but not as in-your-face as the 2012 line.

While Kusama’s work has never truly fallen out of fashion, the artist has returned to the fore in recent years. In late 2020, she worked with Veuve Clicquot on a bubble-bedecked bottle of bubbly. And just last week, one of her pieces fetched a new record price at auction: Her painting Untitled (Nets) (1959) hammered down for $10.5 million at a Phillips New York sale.

With the release of her new Louis Vuitton collab, it seems 2023 will be another big year for the artist—and for anyone seeking a true statement piece.