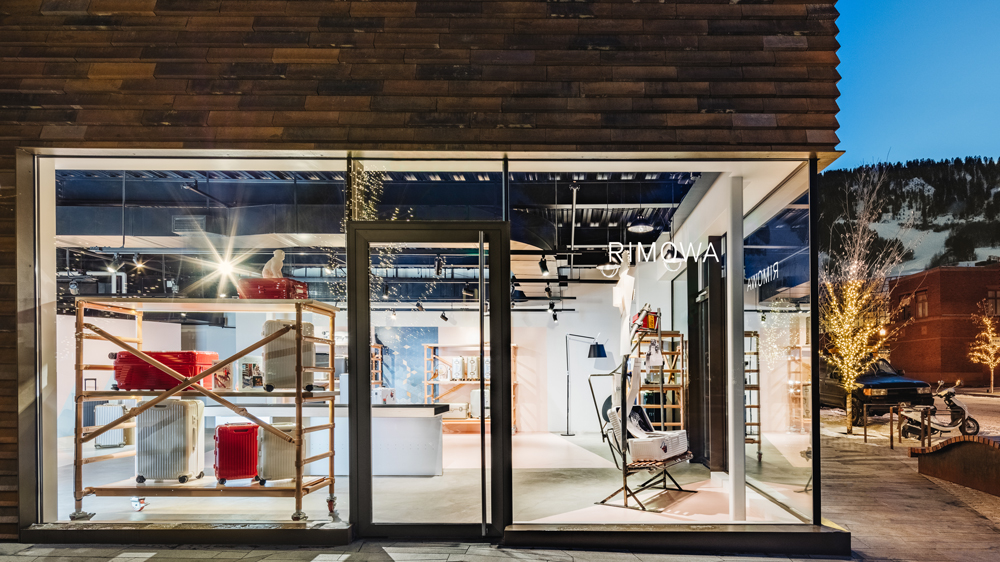 If you’ve got a trip to Aspen planned this winter, you’ll likely already have your packing strategy down pat far before you settle into first class on your way to the glitzy Colorado mountain town. But if you pick up a few more souvenirs than expected while out shopping in between afternoons spent shredding on the world-class slopes (we won’t tell!), Rimowa has you covered. The 120-year-old luggage brand, which has undergone a renaissance of sorts at the capable hands of its twentysomething CEO (and son of LVMH magnate Bernard Arnault) Alexandre Arnault, has just opened its first outpost in Aspen—a chic, winter-inspired pop-up space in the heart of buzzy downtown.

In a world where pop-up shops are a dime a dozen, Rimowa’s approach stands out. In addition to shedding its stuffy image in favor of a slick new look, Arnault has shifted the label’s approach to retail, masterminding a host of experience-driven temporary stores. The new Aspen store, which will be open through April 15, follows in the mold set by the brand’s pop-up-turned-flagship-store in Los Angeles. Suitcases are artfully arranged on industrial-looking shelving and wooden pedestals alongside the kinds of objets that may have prompted your need for a new suitcase in the first place. Pastel pink paint floods down from the walls onto the sleek concrete floors, giving the space an art gallery atmosphere—one where you are encouraged to shop slowly, mingling with other customers away from the sub-zero temps outside and snapping an Instagram photo or two in front of a striking blue-and-gold mosaic-style mural.

When it’s finally time to get down to suitcase shopping, you’ll discover that the Aspen pop-up is stocked with all of Rimowa’s hard-wearing styles—the Essential, Classic, and Hybrid lines included. You’ll also find that it may be one of the few places left where you can snap up the Trunk S ($1,540), a new version of the brand’s Original trunk that promptly sold out online after it debuted in December. The style is slimmer than its predecessor—making it a perfect carry-on for quick getaways or when you know you’re going to need a bit of extra space on long-haul trips—though features the same ultra-secure, durable construction that has made Rimowa’s trunks virtually fail-safe for the past century. In addition to the suitcases, the Aspen store will also carry a selection of limited-edition luggage tags and stickers inspired by the destination, should you want to take home just one more keepsake.