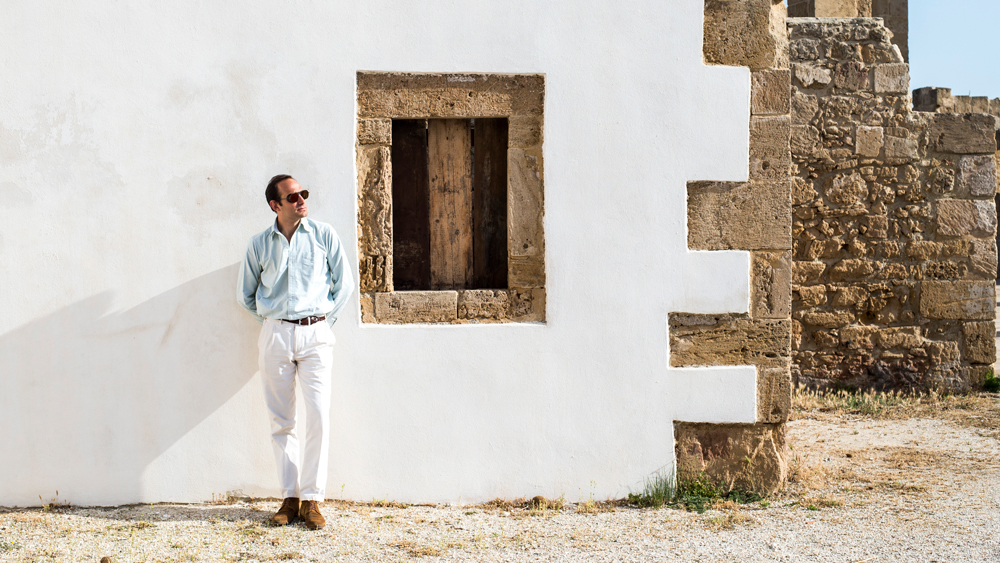 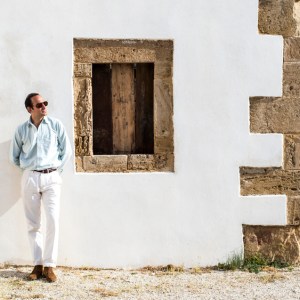 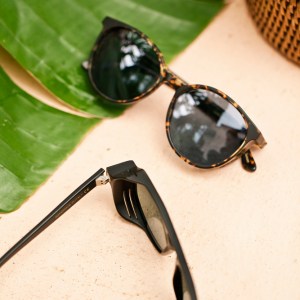 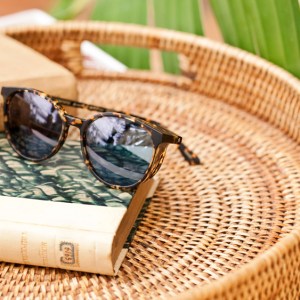 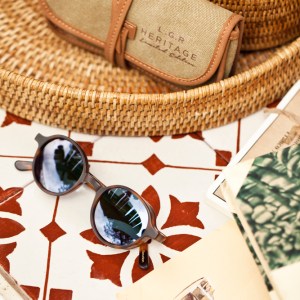 With its effortless mix of vintage aesthetic and modern accents and its commitment to artisanal craftsmanship, it’s easy to see why L.G.R has the cult following that it does. Now the eyewear brand, known for frames inspired by the Italian colonial period in Africa and the country’s mid-century atmosphere of dolce vita, is celebrating its 10th anniversary. To mark the occasion, Robb Report sat down with founder Luca Gnecchi Ruscone to discuss the Heritage Limited Edition line—a capsule collection that gives four of the brand’s most iconic frames a modern upgrade ($470 each)—what he’s got planned next for the brand, and the one sunglass style every man should own.

How did L.G.R get its start?

Well, 10 years ago, there was no brand. There was just an idea—an idea of connecting two worlds. In an abandoned warehouse in Africa, I found some sunglasses dating back to the second World War, when Italians had colonies in Eritrea, Ethiopia, and Somalia. My grandfather was one of those Italians who went to Africa. He was a soldier and a photographer, and when the war ended, he decided to stay in Eritrea to build his business. He started distributing photographic equipment and, soon after, sunglasses and optical.

In 2004 and 2005, I started traveling with my grandfather to Africa to see what was left of his businesses [which closed in the 1970s], and I found these beautiful sunglasses. I started wearing them in Italy, France, London, and New York, and everyone literally stopped me on the street to ask me what brand they were. So I began looking into eyewear production, into brands, and found that no one had a real, authentic story like the one I wanted to tell. Then I was lucky enough to find the original artisans that had produced the frames I was wearing and discovered that they could still produce them for me in small batches. I decided to unite these things together—this lost, timeless elegance and the dedication to artisanal manufacturing.

Why did you choose to update these specific four styles for the Heritage Limited Edition Collection?

The Casablanca, Reunion, Asmara, and Keren were the models that I found in my grandfather’s old warehouse. They are the same glasses that people were stopping me in for, so I think I owed [these styles] something. Let’s go back to the roots, I said—let’s give them something more contemporary.

The acetate flaps on the sides are now really fashionable. We use them throughout the collection in leather, metal, and snakeskin, but [for the Heritage Collection] we decided to do them in acetate. It is very difficult to carve [the frames and straps] from one block of acetate in the correct thickness and make those incisions on the side, so these styles really celebrate our artisanal production.

What is next for the brand?

We opened our first store in Milan [earlier this year], and from the first month, it was profitable and successful. So we are looking to open a second one in one of the European capitals. We’ll then look at opening an office in the U.S. so we can have a closer relationship with our customers there.

But, mind you, we are a small company. I started it all with no experience, and we’ve been successful, but also lucky. So we need to be very careful about our next steps; we need to look forward but not take too many risks.

What one L.G.R style should every man own?

Well, this is a difficult question because I am in two minds about it. In my heart, I would have to say the Asmara ($371), which was the first model—the one that inspired me to open L.G.R. I especially love the brown version. But if you’re young and cool, I would say the Lawrence Flap ($483); it is very popular right now. The [Asmara] is more elegant, conservative, and timeless, but the [Lawrence] epitomizes the quirky, funky eyewear we also make.

What are you adding to your closet this spring?

A blazer. I always wear a blazer to meetings, and I like the ones that Brooks Brothers make. I also always buy leather moccasins and Swatch watches. I can always mix up these pieces with jeans, a T-shirt, or a button-down and tie and will look good for any occasion.
What is the one thing you never travel without?

I always take my vintage Nikon field camera. I inherited it from my grandfather—he taught me how to take photos. Its smaller than the big digital ones of today, and you have to have a sense of taste when you [take a picture with it]. I like that when you take that shot, you have to know you have a good one. You take more time to focus, and it gives me a lot of satisfaction.