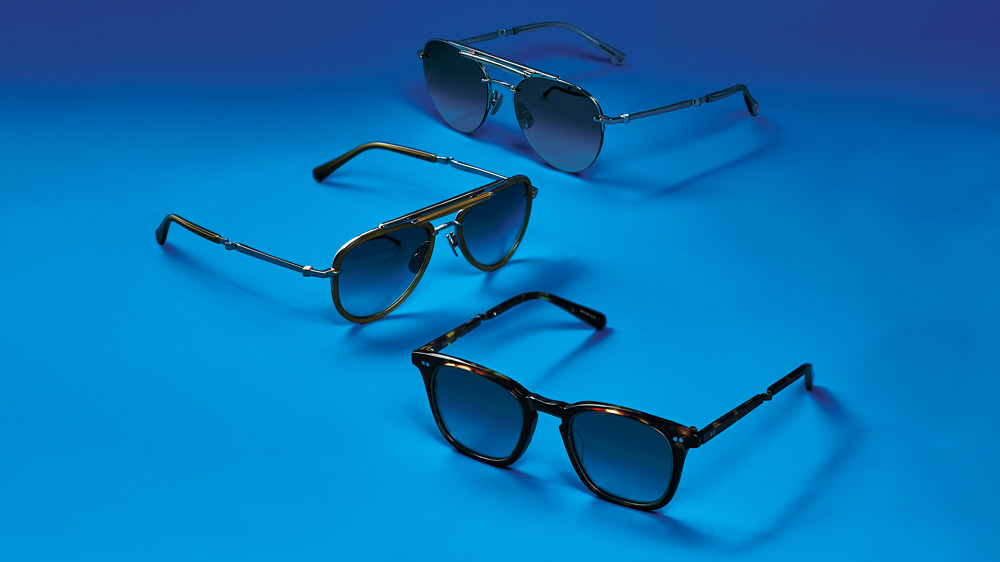 When Larry Leight founded Oliver Peoples in Los Angeles way back in 1987, he sparked an eyewear revolution. His mod-inspired, Japanese-made frames were an instant hit, appearing first on famous Hollywood faces before finding a global audience. Leight’s son, Garrett, later followed suit, founding Garrett Leight California Optical in 2010 after cutting his teeth at his father’s company, which was acquired by Luxottica in 2007. Garrett’s effortlessly cool frames quickly became the go-to for his own generation of L.A. glitterati—and his namesake brand took off with such speed that he brought his father on as a consultant.

Now father and son are launching Mr. Leight, a line of unisex sunglasses and optical frames designed with the jet set in mind. Available in Garrett Leight California Optical boutiques as well as at Bergdorf Goodman and Barneys New York stores, the inaugural collection—six sunglasses styles and seven optical frames—evokes Los Angeles in the booming 1980s while simultaneously capturing the brand’s ethos of quiet luxury. “The Mr. Leight man is [someone with] a strong sense of style,” says Garrett. “He discovers things on his own and doesn’t necessarily want branded things or logos because that’s what all of his friends have.”

Indeed, the appeal of the classic notch-bridge Getty ($665), the sleek Rodeo metal aviators ($795), and the quirky, acetate-rimmed Doheny ($795) come from thoughtful details, such as a subtle rose-gold inlay that underwent 21 permutations before becoming one of the line’s signature accents. The various styles—handmade by some of the same Japanese artisans that assembled the first pairs of Oliver Peoples glasses over 30 years ago—showcase Larry’s technical knowledge and penchant for innovation, with such elements as removable top bars (the wire-frame pairs come complete with two options), adjustable temples, and flexible arms for all-day comfort and travel-friendly durability.