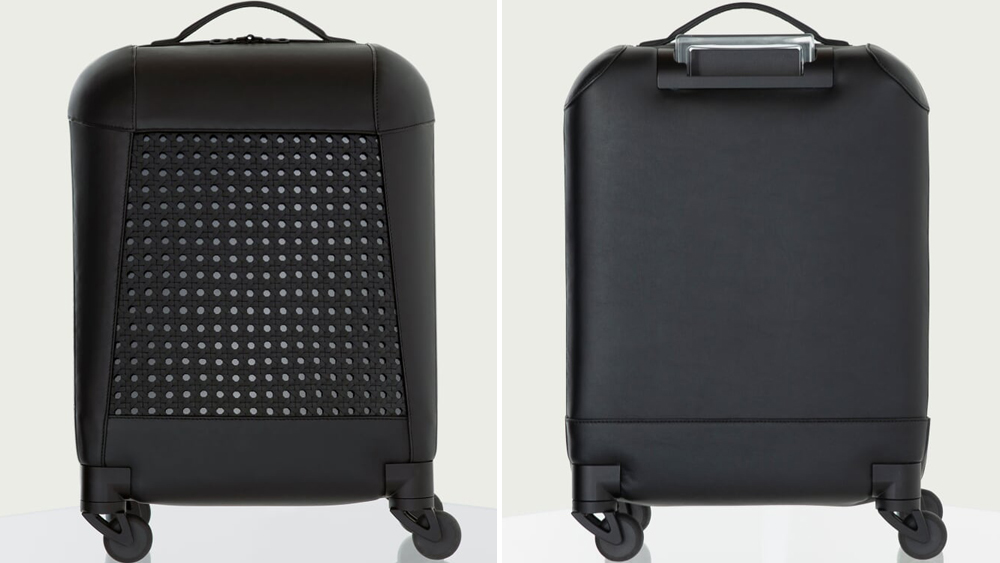 Patricia Gucci, sole heir and only daughter of the late Aldo Gucci, whom John F. Kennedy called “the first Italian Ambassador of fashion,” has launched her first luxury leather brand, Aviteur. The name stems from avis, Latin for bird, to symbolize the art of flying.

Aviteur is the world’s only handcrafted and hand-assembled luxury carry-on 100 percent Made in Italy. It contrasts traditional leather craftsmanship with the cutting-edge technology of its automatically retractable handle and “silent wheels.”

Gucci chose translucent Lucite for the handle, which emerges from the carry-on like a laser beam with a simple pull. Designing this industry-first buttonless retractable mechanism was the biggest challenge in making the bag, a feat Gucci accomplished by working with automotive designers in Turin. Several prototypes were developed before they achieved success, but the final version is patent-pending.

The Mayor of Venice’s proposed ban of wheeled luggage due to noise pollution on its cobbled streets gave rise to the creation of Aviteur’s silent wheels, with castors forged from aviation-grade aluminum. They allow for stealthy, soundless progress through airport terminals and hotel lobbies. “They are the Tesla of wheels!” says Gucci. The shell is composed of reflective polycarbonate panels.

But it’s the handmade interwoven Paglia di Vienna pattern leather inspired by the cane work luggage of the ’50s that gives Aviteur its distinctive appeal. The leather is sustainably sourced from Italian tanneries that follow the industry’s best practices.

It is available in black, walnut or gray, with monogramming and bespoke colorways for both the leather and anodized aluminum shell available on special order. A limited-edition in Total Black, seen above, is exclusively available at Le Cabinet de Curiosités at the Hotel Crillon in Paris.

The interior is fully lined in supersoft Alcantara with multiple compartments and pockets for valuables. Each carry-on has its own identifying serial number engraved on the base of the handle. The Aviteur comes with a protective neoprene cover in case of airline check-in.

Says Gucci of her creation, “The difference in something factory produced and impeccably made leather goods is immeasurable.”

And most surprising, given its heritage, it comes without a logo.