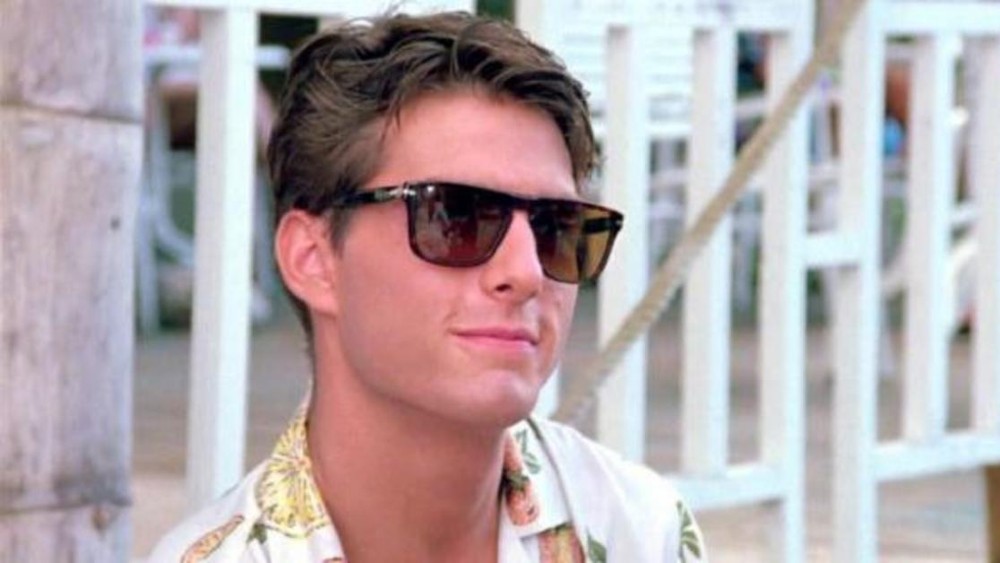 On the list of overused fashion terms, “updated classic” ranks pretty high. But in the case of the latest product from the Italian eyewear masters at Persol, it feels like a pretty apt descriptor.

This week, the brand released a few new takes on its PO3225S model—more commonly known as the shades Tom Cruise’s character Brian Flanagan wore in the 1988 classic Cocktail. In the film, Flanagan attempts to raise money for business school by working as a shaker-slinging bartender and eventually moves to Jamaica to serve his high-flying cocktails on the beach. The shades are prominently featured during a scene in which Flanagan is being berated by a customer at an all-inclusive resort for a free cocktail. His love interest, Jordan Mooney (played by Elizabeth Shue) runs up to the bar and asks him to help a friend who’s passed out on the beach, and Flanagan and his shades spring into action.

The sunglasses offer a heft and stance that are about as bold as any other memorable pair from that decade: They feature a boxy shape with a straight top bar, while preserving a handful of Persol’s signifiers. The keyhole bridge, taken straight from the 649 sunglasses Steve McQueen helped make famous, is still there, as is the distinctive sword-shaped metal accent that connects the frames to the temple.

From a design perspective, they don’t differ all that much from the ’80s originals. But what this new batch of sunglasses offers instead is the choice of six shades of the brand’s well-known, durable acetate. Right now, you can pre-order polarized versions in black or brown tortoise for $360, or you can choose from black and three other tortoise frames for $310.

Any of these configurations offer classic shape that’ll look sharp for years to come. And while they probably won’t make you a better bartender, they will serve as a wearable conversation piece—whether you’re at the bar, the beach, or anywhere in between. Visit Persol.com to see all six shades.