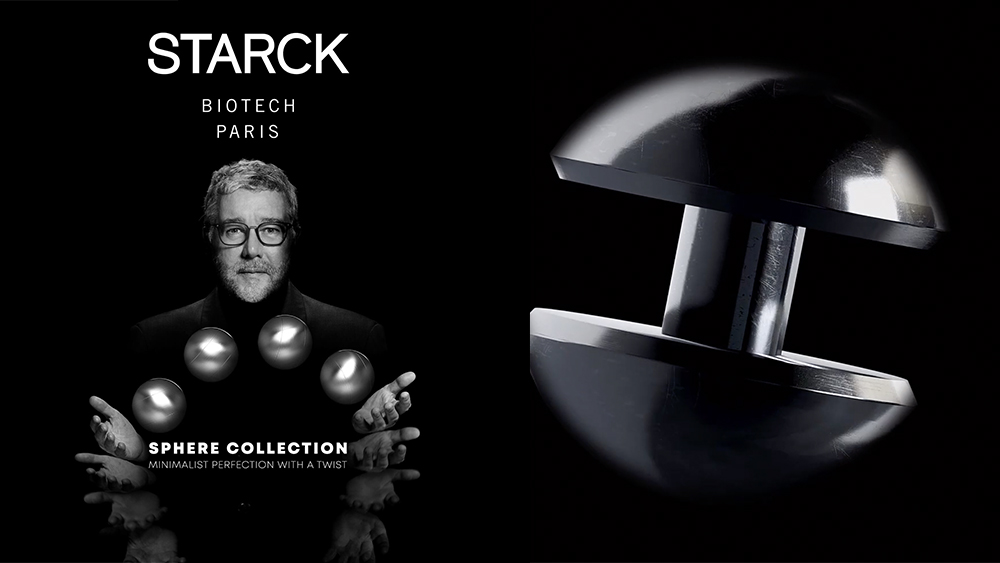 Among the most prolific designers of his generation, Philippe Starck hasn’t slowed for a moment in his decades-long career. The multi-faceted creative has turned his sights to eyewear where he developed an innovative collection entitled Sphere free of screws or welds.

Starck often looks to organic forms in his work and is particularly drawn to those which have functional carryover into industrial and product design. “Sphere draws inspiration from nature’s infinite intelligence. The sphere is the purest and most solid structure in the living world, it embodies perfection. Minimal perfection, essential beauty,” Starck said in a press release. In a nod to the importance of nature, 50 percent of the material that covers the glasses case is made from apple fiber.

A closeup of the sphere hinge components.  Courtesy of Philippe Starck

Hailing from France, Starck began his career after dropping out of school and designing the interiors for two nightclubs in Paris. They turned out to be publicity-making gigs that earned him the attention of then-president François Mitterrand, who asked the novice designer to redo one of the private apartments in the Élysée Palace.

This led to a string of similar high-profile jobs around the world, which led him to design the furniture for those interiors––the designer has said publicly he can design a chair in two minutes and an entire hotel in a day-and-a-half.

“I never collaborate—not because I don’t like other people but because I am not able to do it. I’m one of the fastest organic computers on the market, but I need to be alone,” Starck told the Harvard Business Review. He has designed literally thousands of products in his time and these novel frames demonstrate that he is far from done.