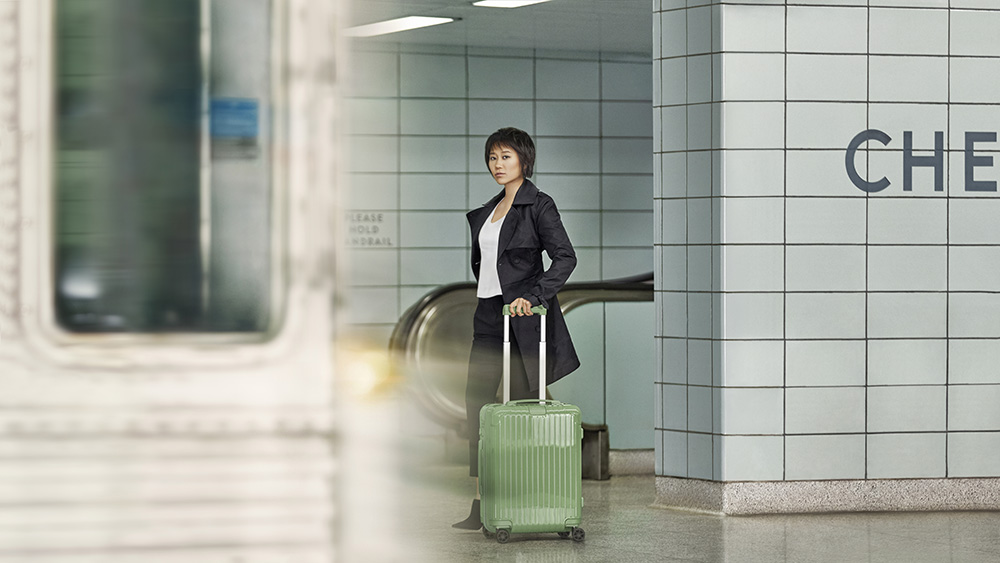 When your interviewee lists “Louboutins” as one of their top three travel essentials, you know you’re in for a cracking conversation. We should expect no less from piano prodigy Yuja Wang, the latest face of Rimowa, who has tickled the ivories from all corners of the globe and managed to look incredibly in vogue while doing so.

Wang is no stranger to travel. She just landed back in New York—her home, fittingly, isn’t all that far from Carnegie Hall—after a two-month stint in Europe. “I signed up for playing the piano, I did not sign up for traveling so much,” she laughs. Just two weeks ago, she played three outdoor concerts for more than 65,000 fans in Vienna, Milan and Athens, where she played under the Acropolis. “It was magic,” Wang adds.

The other two items she never leaves home without? Her iconic Rimowa suitcase and her Bose headphones, of which she has quite a collection. “I have in-ear, around-ear, noise-canceling, with or without cords, I have all the different models. Noise-canceling headphones are so essential because I’m super sensitive to noise.” And contrary to what you might think, the world-renowned pianist isn’t listening to music from the genre which built her legacy. “I listen to pop songs and hip hop. I love hip hop,” she adds enthusiastically.

Born in Beijing, Wang was an archetypal wunderkind. She started playing piano publicly at age 6 and accrued a sizeable amount of first-place accolades. A year later she traveled to Paris—which she says is still her favorite city—and at 14 she left her homeland to study at a conservatory in Canada, where she also learned English. Finally, she arrived at the Curtis Institute of Music in Philadelphia and has called the States home ever since. Travel has been an intrinsic part of her life and for the most part a positive one. “Travel helps to keep us young and have a child-like wondering about the world,” she adds.

Wang’s binary relationship with place—home and away—is mirrored in the duality she experiences with music: the internal versus the external. Wang explains there’s an “excitement of doing something larger than life” a la performing to a jam-packed arena, while conversely there can also be a “really solitary” inner journey taking place. This is what has kept Wang curious and excited about the art form for so long. “For me, it’s almost what gives meaning to my life, to my existence. Music is just so powerful and cathartic.”

Given Wang’s virtuoso status and globetrotting practice, it’s no wonder she’s featured in Rimowa’s latest ‘Never Still’ campaign. In it, she’s seen sporting a sage green carry-on from the brand, one of four new colors the brand, famous for its aluminum and polycarbonate travel bags, introduced earlier this year. Lakers star LeBron James and the artistic director of Dior Men’s Kim Jones are the other two accomplished globe-trotters in the ads. “He’s so cool, I follow him on Instagram!” Wang said of Jones. “I wore one of his couture dresses for the Louis Vuitton Foundation for one of my concerts and they are just so perfect.”

Over the past few weeks, Rimowa has been rolling out short films and stills which follow the creative heavyweights through their lifestyles, echoing the ethos “No one builds a legacy by standing still.” Wang’s film, which was unveiled Wednesday, demonstrates how this unique musician has in part been defined by life on the road.

“The film showcases Yuja’s talent as a prodigy and performer who flourishes when on stage—one who uses the restlessness of constant travel as energy to be channeled back into her mesmerizing performances,” Rimowa said in a statement.

So, who are the pioneers that have helped Wang along on her upward trajectory? Her influences seem to be as diverse and far-reaching as the continents to which she has traveled. Music-wise, she rattles off renowned American composer Leonard Bernstein and Carlos Kleiber who she says is a “super inspiring conductor.” Then, there’s Arthur Miller—she just saw his “intense” All My Sons play on Broadway—the Coen Brothers, movie composer John Williams and Quentin Tarantino. “I love Django Unchained,” she adds. “I feel like being a director is like being a conductor for an orchestra: the organization, the structure, the drama.”

Angelina Jolie and Charlize Theron also make the cut. “They’re both incredibly strong women.” Not that she isn’t strong herself. She’d have to be to fly to a foreign country solo at 14 without knowing a word of its language or to continue to wear arresting designer gowns during performances and challenge the tails-and-tie-wearing status quo despite facing scrutiny. Wang made her name taking on the world fearlessly—in four-inch heels at that.

You can check out Yuja Wang’s short film for Rimowa below: