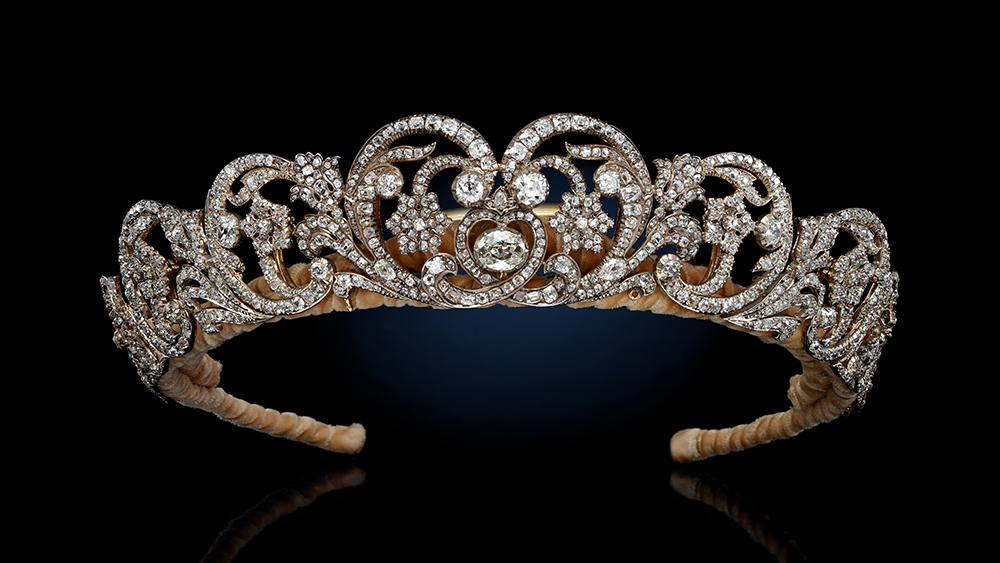 In honor of Queen Elizabeth II’s Platinum Jubilee, Sotheby’s is holding an exhibition fit for a princess—Princess Diana, specifically.

The auction house will be displaying nearly 50 royal and aristocratic tiaras, including the one the people’s princess wore during her nuptials. It will be the first time the Spencer Tiara is displayed publicly since the 1960s, and marks the largest tiara exhibition in the UK in two decades. It will also be the first time the tiara has been showcased since the day the late princess married Prince Charles in 1981.

“The Queen’s Jubilee celebrations have given us the perfect opportunity to put on public display an outstanding selection of tiaras from noble and royal provenance, many of which haven’t been exhibited in decades,” Kristian Spofforth, the head of jewelry at Sotheby’s London, said in a statement. “The sourcing of these jewels has been a labour of love, resulting in an exhibition that showcases the best iterations within the tiara style register, through some of its most famous incarnations—including the much-loved and photographed Spencer Tiara.”

The Spencer Tiara features a garland-style design with a heart-shaped motif set with diamonds and star- and trumpet-shaped flowers also set with diamonds. It was originally created in 1767, and the design was changed over time as it was passed down in the Spencer family. Princess Diana most notably wore it during her 1981 wedding to Prince Charles, but she also donned the tiara during several white-tie events.

The diamond and emerald tiara worn by Queen Victoria  Sotheby's

Of course, several other stunning pieces will be showcased alongside the Spencer Tiara. Notably on view will be an emerald and diamond headpiece that Prince Albert designed for Queen Victoria. The Gothic Revival tiara, set in gold, includes dozens of diamonds and emeralds, with the largest emerald weighing in at a massive 15 carats. It’s said that this was Queen Victoria’s favorite tiara, and she wore it during many royal engagements, including during portrait sittings.

In a more direct link to the queen’s Platinum Jubilee, a number of tiaras worn to her 1953 coronation will be displayed. This includes the Anglesey Tiara, created in 1890; the Derby Tiara, from 1893; and the Westminster Halo Tiara, from 1930.

Most of the featured pieces will simply be returned to their owners once the exhibition is over. However, if you’re looking to add a little royal flair to your look, a few select pieces will be on sale, with some dating back to the late 1800s.

Sotheby’s London exhibition will be open May 28 through June 15.

Robb Recommends: The Stylish, Waterproof Briefcase Designed to Handle Life on the Road