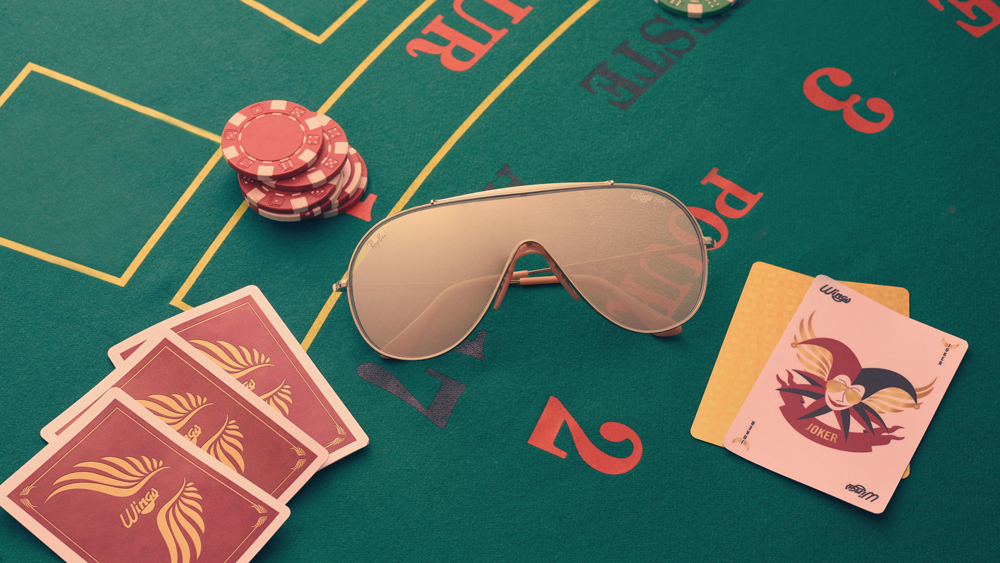 In addition to protecting your eyes from bright sunlight and harmful UV rays, sunglasses often serve a much more visceral purpose. Slipping on the right pair can feel like a type of armor, camouflaging your face with wide frames and dark lenses. That said, lending the wearer this kind of incognito air is certainly not the goal of Ray-Ban’s latest limited-edition launch. Instead, the Ray-Ban Golden Wings ($518) dial up the flash-factor—serving as the ultimate see-and-be-seen style statement.

The brand’s latest release is a punchy take on its Wings shield style, which was made iconic in the 1980s thanks to its bold silhouette. This time, Ray-Ban’s designers have leaned into the decadence of the era by reimagining the frames with 24-carat gold-plated lenses and shiny gold top bridge and temples. Limited to just 500 pairs, the frames have already sold out online—a testament to the sartorial power of a (literally) flashy pair of sunglasses. The style (which comes complete with a specially designed Ray-Ban box and authenticity card) is still available at Ray-Ban’s flagship stores in New York City and Los Angeles (which opened in April at the Grove), and we’d suggest snapping them up quickly if you’d like to give your sunglasses collection a seriously audacious boost.

Though the frames are inspired by the larger-than-life personalities and lifestyles of high-rollers, we’d suggest the modern mogul dress the style down. Pair them with crisp white linen for a sundrenched day on the Italian Riviera or slip them on with a classically cut suit to add a dose of personal style to a more buttoned-up look—they would also make for the ultimate style statement when paired with a tux at a summer wedding. If you can’t resist the opportunity to wear them at the VIP table, you may as well go all-in, pairing the frames with a statement jacket and most maximalist-inspired pieces—because, after all, what’s wrong with having a little bit of fun?