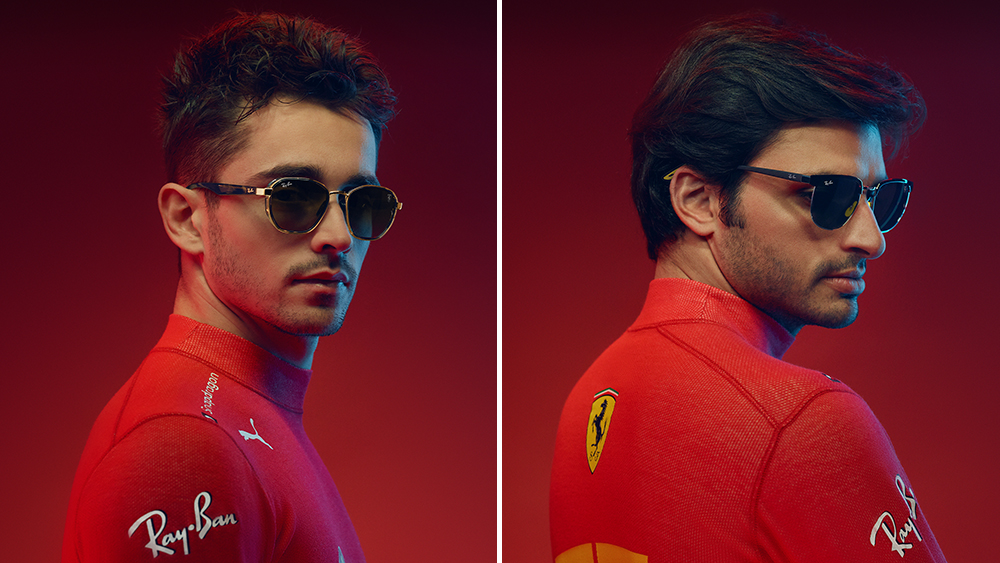 Ray-Ban has teamed up with two of Formula 1’s leading racers on two new pairs of sunglasses with track-ready style.

Sainz’s glasses offer an updated take on Ray-Ban’s beloved Clubmaster shape, with black wing brows meant to evoke the spirit of the new Scuderia Ferrari race car, F1-75, which launched in February. Sainz, who’s the son of a double World Rally Champion, is known for his ambition, and the yellow rubber temple tip grips and nose pads help keep the frames in place at high speed. The color is a nod to both Ferrari’s yellow shield and the flag of his home country, Spain. They launched at the Spanish Grand Prix in Barcelona earlier this month.

Leclerc, a GP3 Series Championship winner, updated a pair of classic racing frames whose deep rims help shield the wearer’s eyes on the track. They feature refined golden rims and stylish brown gradient lenses that look great off the track—making them an ideal finishing touch for this weekend’s Monaco Grand Prix, where they’ll make their debut.

The lenses of both Leclerc and Sainz’s sunglasses are accented with the team’s racing trademark shield and the Ray-Ban logos. You can buy the two limited-edition styles now for $230 on the Ray-Ban website and at select stores.