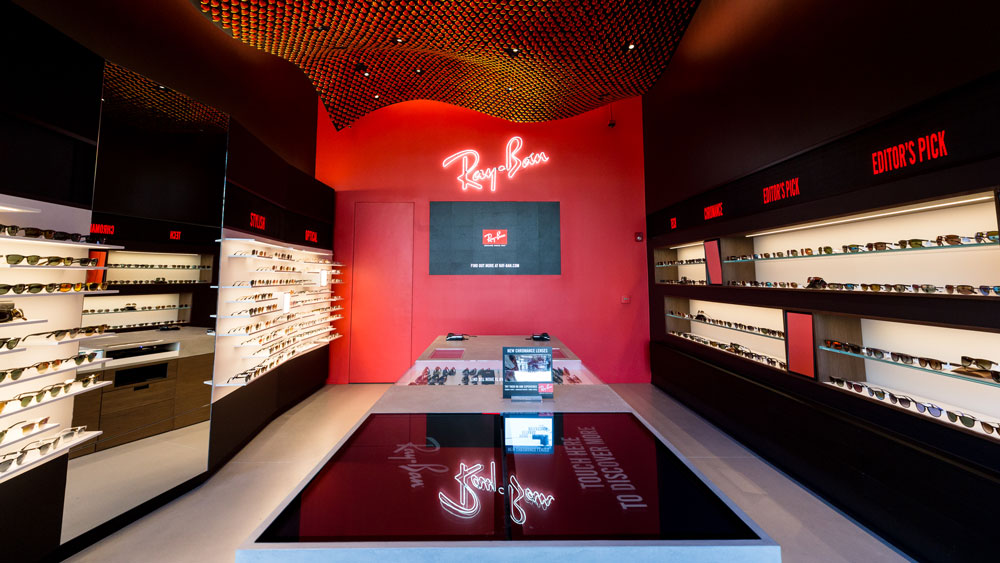 When we talk about sunglasses, it’s hard not to talk about Ray-Ban. The company, founded in 1937, has become one of the biggest eyewear labels in the world. As global brand director Alessandro Chiarelli explains, “Ray-Ban is more than just a brand. It’s a symbol of iconoclasm—where style meets substance to create some of the world’s most [recognizable] sunglasses.” And indeed, models like the aviator and wayfarer are unmistakable—going far beyond sartorial touchstones to become ingrained in 20th-century pop-culture.

It is surprising then, that the brand’s retail presence up until now has been fledgling at best—with the first-ever flagship Ray-Ban location having opened just last year in SoHo. But now, Ray-Ban is boldly growing its retail presence (in an age when most brick-and-mortar stores are undergoing seismic shifts, no less), and is readying to bring its specific style of laid-back, classic cool to cities across the country.

This new endeavor officially kicked off this week, with the opening of Ray-Ban’s first ever permanent West Coast store at the Grove in Los Angeles. “After the tremendous success of our experimental pop-up store [at the Grove] last year,” says Chiarelli, “we decided to open up a permanent store. It is a very important benchmark in Ray-Ban’s continued growth.” The space—with its saturated red and black walls meeting the sculptural ceiling studded with iridescent aviator lenses—certainly brings the brand’s personality to life with aplomb.

Inside, shoppers can browse classic models like the Clubmaster and ever-popular Round alongside trendy hexagonal frames and the limited-edition Ferrari collaboration. “We are constantly reimagining and reinventing [our] designs, [and this] has enabled Ray-Ban to remain an enduring classic for eight decades,” explains Chiarelli. And this penchant for innovation—the brand created original anti-glare lenses for U.S. Air Force pilots, after all—is on full display in the store, which includes shelves dedicated to the performance-focused Chromance styles, designed to sharpen overexposed landscapes. It is also the first outpost to bring the brand’s technology-driven Remix program to life—featuring two interactive touch-screen tables where you can design your perfect pair of frames, specifying everything from the lens color to temple hardware.