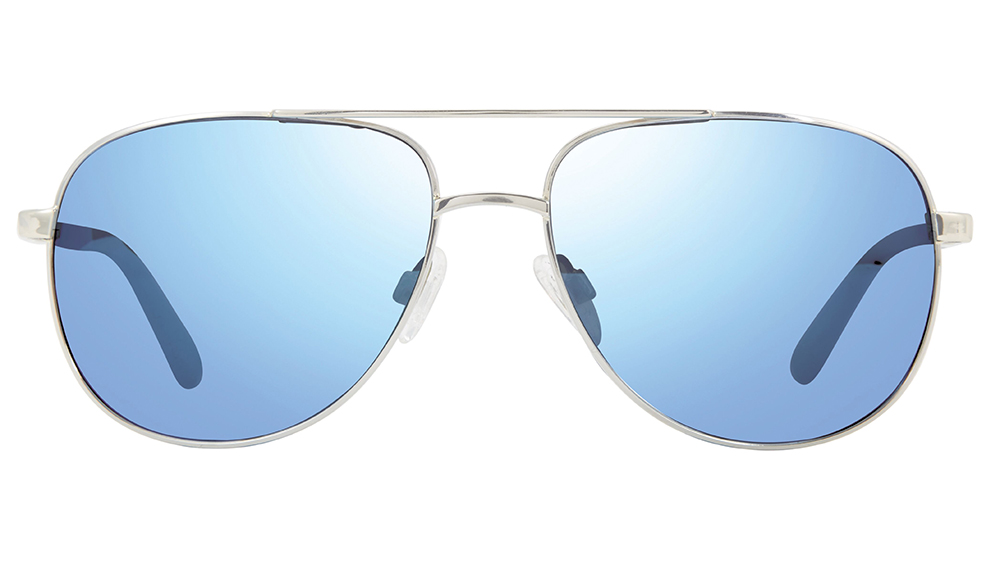 Unless you’ve been living under a rock—or intergalactic asteroid—you would’ve noticed the space fervor sweeping the country. It’s been 50 years since we took those first seminal steps on the moon, and we’re pulling out all the stops to ensure a fitting tribute. At the galactic end of the spectrum, you can glamp beneath the stars on a luxe rooftop in DC, buy the only surviving VHS recording of the moon landing, or even acquire the Apollo 11 Flight Plan if you’re really keen. But if you’d rather salute space travel on a slightly smaller scale, you can purchase Revo’s new limited-edition specs, which not only pay homage to the lunar landing but use NASA technology, too.

The Moonwalker Zero G aviators are dedicated to astronaut Pete Conrad—the third man to walk on the moon during the Apollo 12 mission in 1969—and honor the label’s lengthy connection to NASA. Revo grew to prominence in the ‘90s, when it began utilizing lens technology developed by NASA as solar protection for satellites to produce the most advanced high-contrast polarized eyewear in the galaxy—or what became known as the “Best Lens on Earth.”

Conrad jumped aboard as Revo’s first brand ambassador in 1988 and started marketing its specs. The new Moonwalker Zero G frames are a recreation of the very model that was designed for Conrad’s original campaign. And while the design is rooted in the past and suitably retro—the technology is not. The frames were crafted in Japan and feature present-day premium materials, like lightweight titanium, shatterproof Serilium+ lenses, handmade acetate temples, and a two-tone chrome finish.

“I’m honored that our partnership with Brand Ambassador Pete Conrad, the third man on the Moon, has enabled us to have a small part in the very large 50th anniversary celebration of the lunar landing. The Moonwalker Zero G is a testament to Revo’s industry-leading technology and a celebration of the spirit of the Apollo missions,” Cliff Robinson, CEO of Revo, said in a press release.

Only 500 of the high-performance sunglasses have been released and are priced at $499. Each pair features a hand-engraved serial number and come packaged in a special commemorative box. Buyers will also receive a print of the 1988 Revo ad featuring Pete Conrad, and can score a limited-edition Conrad-themed canteen with every purchase.