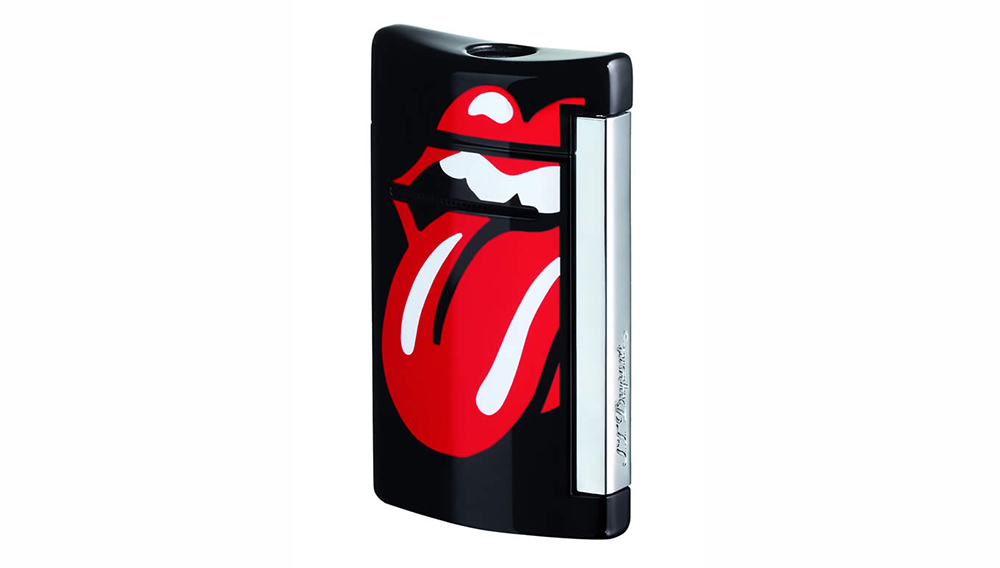 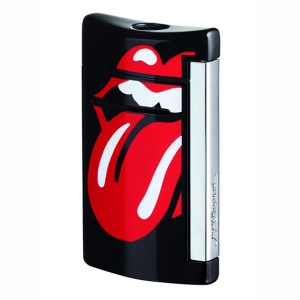 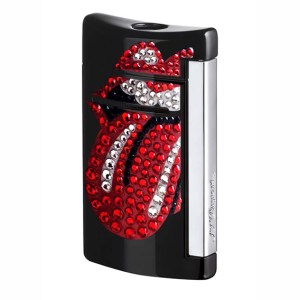 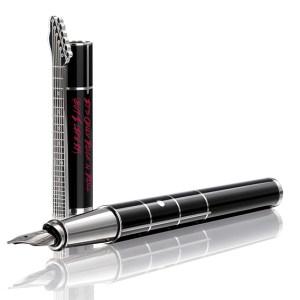 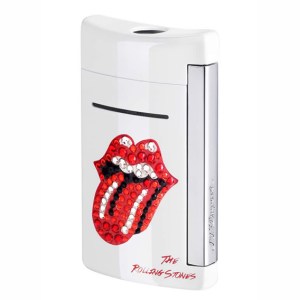 The new S.T. Dupont Rolling Stones Collection from the acclaimed Parisian accessories atelier may be just the answer for those who can’t get satisfaction from their current accoutrements. Timeless in their respective cultural relevance, both the 53-year-old rock band and 143-year-old design house have partnered on a pen, lighter, and cuff links to provide emotional rescue from daily mundanity.

Presented in palladium and black Chinese lacquer, the limited-edition pen features an engraved facsimile of Keith Richard’s five-string guitar’s fretboard as the cap clip. (Richards is known to sometimes remove the low-E string of standard six-string guitars.) Lyrics from the Stone’s hit songs Start Me Up, It’s Only Rock ‘n’ Roll (But I Like It), You Got Me Rocking, and All Down the Line are inscribed in crimson on the cap itself. Engraved frets also festoon the weighted barrel that culminates in either a fountain pen or roller-ball nib.

When it’s time to play with fire, the same design motif and materials make hot stuff of the Ligne 2 lighter while a selection of MiniJet models—one with Swarovski crystals—brandish the band’s tongue-and-lips trademark. And no well-respected man about town would be caught without a pair of palladium cuff links—engraved with the same iconic lingual logo—finishing his sleeve.

Prices for the pen and cuff links are approximately $2,000 and $450, respectively, while the lighters start at $180. But you can’t always get what you want, as only 1,962 of each item will be made—a number that corresponds to the year the Rolling Stones started up.