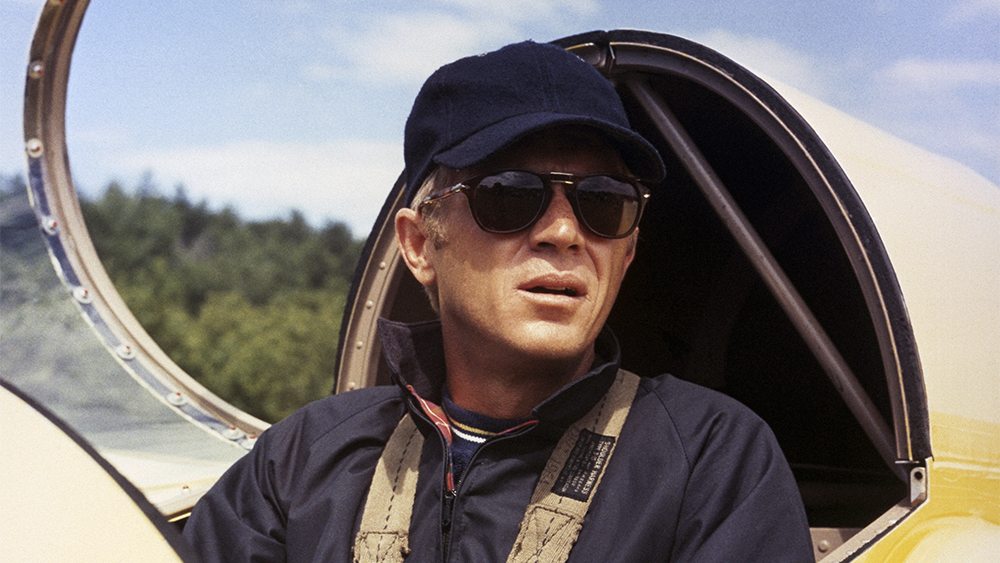 In the pantheon of men’s style titans, Steve McQueen reigns as the undisputed King of Cool. An avid motorcyclist and aviator, McQueen did many of his own high-octane stunts, was pals with Frank Sinatra and Bruce Lee and courted beauties including Ali MacGraw and Lauren Hutton. On top of all that, the guy knew how to dress.

McQueen’s keen wardrobe choices—from turtlenecks and chukka boots to three-piece suits—are a perennial point of reference for men of style. Of all his many sartorial home runs, the item most synonymous with McQueen’s steely swagger is his favorite pair of shades: Persol 714s. Now, the sunglasses are achieving the legendary status they deserve.

Founded in Italy in 1957, Persol began as a manufacturer of eyewear for pilots and race car drivers—undoubtedly what led motoring McQueen to discover the brand. The actor’s preferred model features a unique mechanism that allows the sunglasses to be folded up to fit in one’s chest pocket, an engineering upgrade of an earlier model, the 649, originally designed for Torinese tram drivers. Coincidentally, Italian star Marcello Mastroianni made the earlier, non-folding design famous in his film Divorce, Italian Style (after immortalizing yet another pair of Persols, the 3260, in La Dolce Vita).

Persol was largely unknown outside of Italy until McQueen’s shades had a star turn in 1968’s The Thomas Crown Affair but, after the film’s release, sales skyrocketed. The glasses almost merit a co-star credit; they’re omnipresent as McQueen’s Thomas Crown races, flies and suavely maneuvers a multi-million-dollar heist.

McQueen didn’t just do his own stunts, he did a lot of his own costuming, too. Legend has it that the actor rocked up to the first day of filming in his personal 714s and, looking as impossibly cool as ever, the film’s producers decided the shades should stay on. That pair, featuring light Havana tortoiseshell frames with icy blue lenses, was one of many 714s that McQueen sported throughout his career, on-screen in such hits as Bullitt and The Getaway and in his personal life.

The iconic model has been revived periodically over the years, but as of Monday, April 12, Persol is making McQueen’s 714s a fixture in its permanent collection. In addition to five colorways inspired by McQueen, including Thomas Crown’s light Havana and blue combo and a honey yellow drawn from the hue of McQueen’s personal Boeing Stearman, the new range includes an ultra-luxe limited-edition design fitted with platinum-plated lenses.

The strong-browed, masculine design embodies McQueen’s quietly commanding attitude. Even without a bike and bags of stolen cash, the sunglasses exude a kind of debonair rebellion. Certainly, in the accessories hall of fame, Persol 714s are eyewear’s own king of cool.