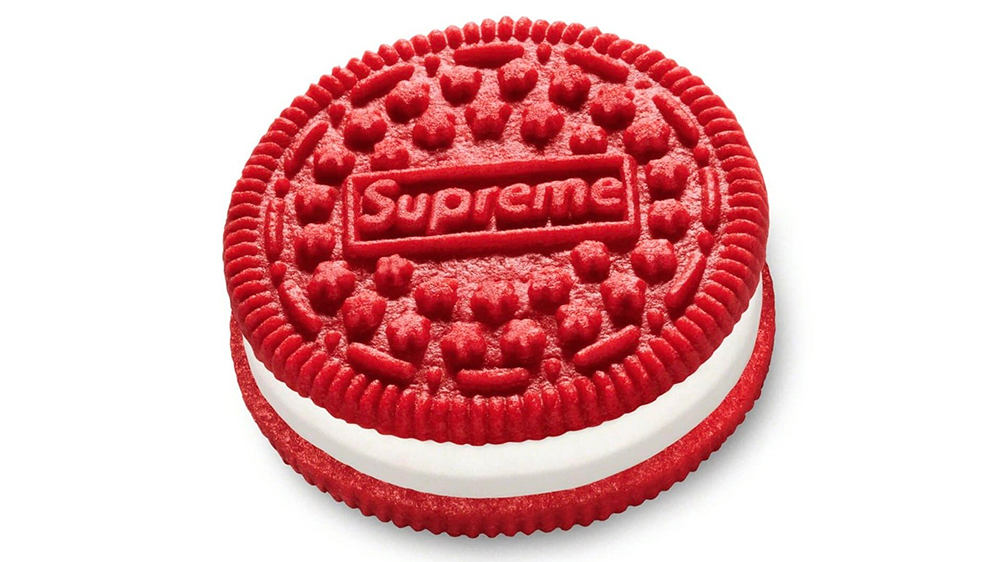 Forget twisting, licking and dunking—refrain from eating entirely and jack up the price a few thousand dollars. At least, that’s what a set of savvy hypebeasts have done with their Supreme-themed Oreos.

The designer cookies are part of the streetwear powerhouse’s Spring/Summer accessories line which is only launching in Supreme’s New York stores in Manhattan and Brooklyn today, though they have already hit the resale market.

Just days after the label announced the SS20 drop, one seller posted a packet of “new” cookies on eBay for $4. Since then, the listing has skyrocketed and, at the time of publishing, it’s sitting at a sweet $10,600.

There are currently six other Supreme Oreo listings—all increasing rapidly in tandem—most of which appeared online well before the cookies were available in store. The chances are these could be not-so-cheap imitations, but that’s the way the cookie crumbles on the crazy resale market.

Supreme partnered with Nabisco to create the crimson-colored cookie, a riff on the beloved Double Stuf Oreo. There have been no details shared regarding flavor—we’re guessing red velvet—but the treat is rumored to be sold as a pack of three for $8. Considering you can pick up 12 packs of three—36 cookies in total—off Amazon for $42, this isn’t exactly cheap. But that’s the price you pay for Supreme steeze.

Don’t have a sweet tooth? True to form, the label also collaborated with a bunch of brands to create a ton of other red-and-white accessories that reflect the streetwear zeitgeist. There’s a 20-inch BMX dirtbike by S&M Bikes, a pair of Lecia binoculars, a Leatherman Multi-Tool, a Mac Tools Workstation, a turntable, some Instax film, gold necklaces, towels, lawn chairs, skate decks and more. There’s even a Ziploc Quart Slider bag to, you know, keep your cookies fresh.

Now, if we could only convince the powers at be to cook up a Supreme Krispy Kreme…