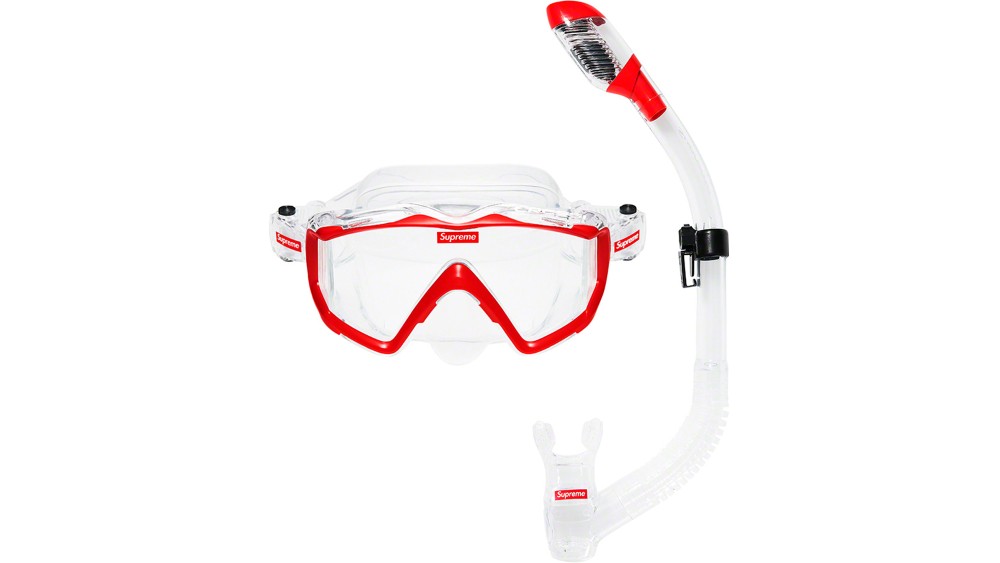 Supreme is known for the occasional off-beat collaboration, but the New York streetwear company’s latest accessory is a square fit for  summertime.

As part of its July 5th drop on Friday, a day later than usual because of the Independence Day holiday, the iconic brand has teamed up with Italian watersport company Cressi to release a snorkel set, according to by High Snobiety. As we’ve come to expect from Supreme, details about the set are relatively scarce even days before its release, but the company teased the collaboration in a video collage posted to its official Instagram account on Tuesday.

In the video, which was created by artist Malt Disney, footage from humorous sea- and water-related internet videos is interspersed with shots of a woman wearing the snorkel mask. Despite the lack of specifics—such as whether the set includes fins—speculation on social media and the many forums dedicated to Supreme have posited that the snorkel is made out of translucent hypoallergenic silicone and based off Cressi’s Palau mask and snorkel set. It also features the company’s signature red accents and its iconic box logo. At press time, the price was not yet available.

Founded by James Jebbia in 1994, Supreme is as well known for its left-field collaborations as it is for its own clothes. These partnerships—some with high-profiles brands, such as Nike, Vans, and Louis Vuitton—have captured the imagination of collectors, and are one reason why the brand was valued at $1 billion in 2017.

In May, the world’s largest collection of Supreme accessories was auctioned off by Christie’s. Dubbed Supreme Vault: 1998-2018, the auction included 1,300 goods and accessories that had been owned by US-based collector Yukio Takahashi. Highlights of the auction included a white Supreme x Fender Stratocaster guitar (expected to sell for up to $7,000), a Supreme x Coleman CT200U minibike ($8,000) and the now-legendary Supreme x Stern pinball machine ($80,000), supposedly one of only 10 in use around the world.