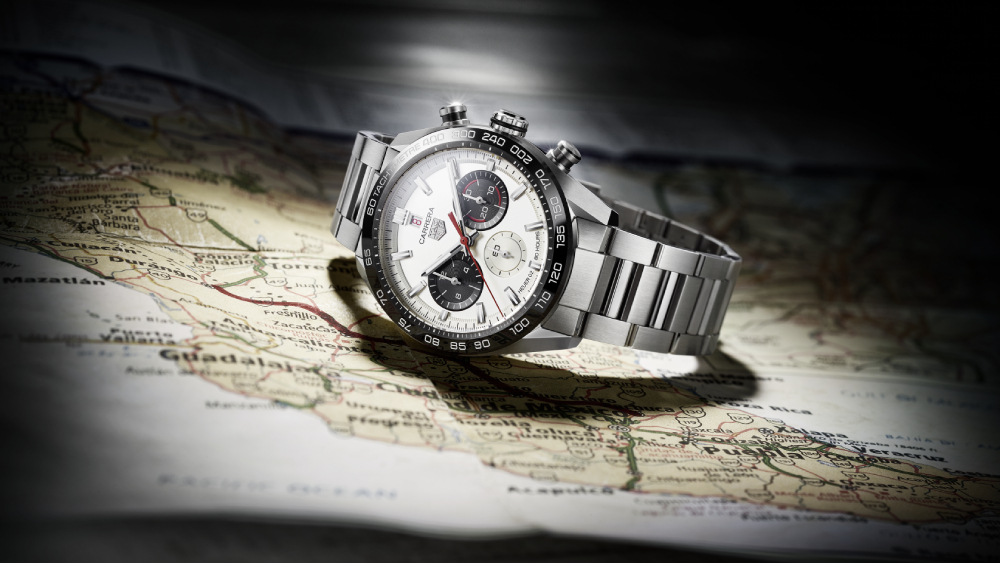 After 160 years in business, TAG Heuer has a lot of history to draw from and it turned to the archives to create the latest iteration of its popular Carrera Sport.

To celebrate its anniversary, the Swiss watch brand has released a series of special-edition Carreras, all of which pay homage to certain special processors. For the TAG Heuer Carrera Sport Chronograph 160 Years Special Edition––which comes in two colorways––that predecessor happens to be the Carrera 45 Dato ref. 3147, a 1965 model noted for being the first wrist chronograph to ever feature a turning date disc. The collector’s item was designed with a bold red date window unusually positioned at 12 o’clock and though this is something the latest incarnations interpret differently, its athletic spirit is just as apparent.

“It was fascinating––truly a privilege––to have a chance to look at all of the outstanding Carrera models when we were creating our anniversary selection,” said Catherine Eberlé-Devaux, TAG Heuer’s Heritage Director, in a statement. “The choice of the 3147N––the in-house reference for the Carrera ‘Dato 12’––was a bold one because it challenged our design team to create a clean, legible chronograph dial with a date window in an unusual position. They updated and upgraded a true icon, rising to the occasion brilliantly.”

The two iterations of the anniversary watch with contrasting dials.  Courtesy of TAG Heuer

With a finely brushed stainless steel case measuring 44mm, both updated versions of the classic feature ceramic tachymeter bezels that contrast with their blue and white dials, respectively. Domed and beveled sapphire crystal with a double anti-reflective treatment runs across the open face for maximum legibility, something aided by Rhodium-plated applied indexes, hour and minute hands with white SuperLumiNova® for low-light environments. Three contrasting subdials provide a visible pop while making them easier to read at a glance with one marked by multiple red stripes along the perimeter as a reference to their vintage inspiration.

Both versions operate with the Calibre Heuer 02 movement––visible through the sapphire case back––which is entirely Swiss-made in TAG Heuer’s Chevenez manufacture from 168 individual components, including a column wheel and a vertical clutch, with 80 hours of power reserve.

The TAG Heuer Carrera Sport Chronograph 160 Years Special Edition will be available beginning in November with the blue and white version limited to 1,860 pieces—in honor of the year the firm opened its doors—for $5,950.