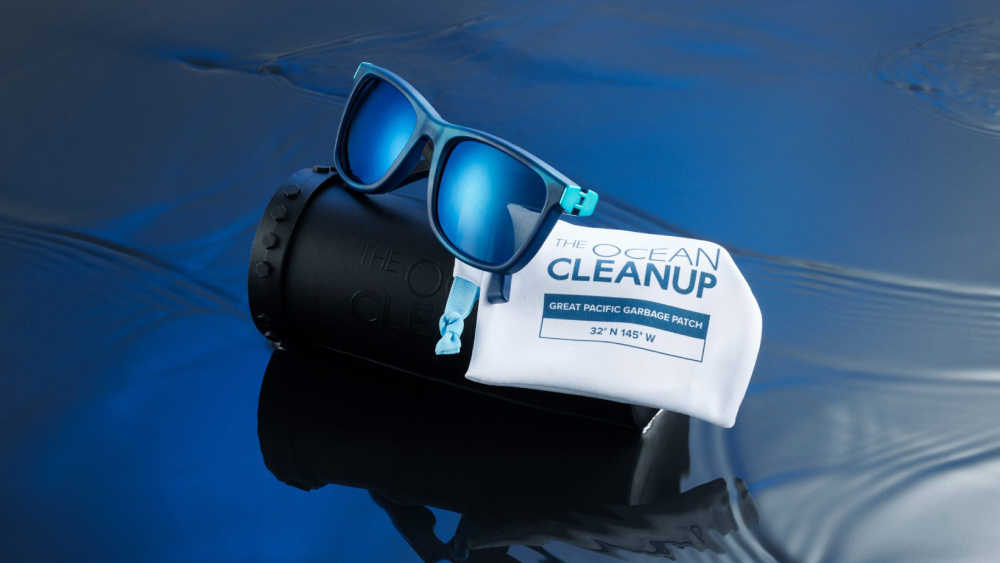 The Great Pacific Garbage Patch is a swirling vortex of 79,000 tons of plastic waste floating its way across the northern Pacific Ocean. But from this tragic environmental disaster that spans literal miles comes a new project designed to reduce pollution and draw attention to sustainability.

Swiss designer Yves Béhar turned to this (unfortunately) ample source of raw materials and partnered with Dutch organization The Ocean Cleanup to create a pair of sunglasses molded from the reclaimed plastic. Though The Ocean Cleanup has worked on new technologies to remove plastic and other pollutants from bodies of water since 2013, this is its first product made from the detritus it retrieves.

“So many of the projects we work on have an element of sustainability and/or social responsibility, from smaller start-up style projects to large corporate efforts,” Béhar told Designboom. “With The Ocean Cleanup plastic, it became clear that what is called ‘trash’, is actually a valuable material that can be used for complex as well as beautiful applications. The design effort became a way to prove this point: how could we design something that becomes an instant proof that what we throw away is a precious resource with great potential?”

The completed sunglasses have a deep blue color alluding to the ocean.  The Ocean Cleanup

Crafted by Safilo, one of Italy’s largest manufacturers of eyewear, the resulting pair of tinted specs has a classic, somewhat angular shape. It is designed with a slightly thicker frame so that the plastic composite used––which is slightly softer than standard plastic––can be as durable as possible while also retaining a comfortable feel when resting on the face. The frames and arms have a deep blue color reminiscent of the ocean from which the plastic was salvaged with a subtle iridescent quality mixed throughout. Contrasting turquoise temples, however, add a vibrant pop and help to visually break up the inky color palette.

And because the team didn’t want these sunglasses to just turn into more waste at the end of their lifecycle, they made it so each component easily snaps apart for recycling. “Our easily removable hinges are not inserted within the plastic as is common in traditional eyewear, which means the glasses can be repaired or recycled at the end of their use,” Béhar told Dezeen.

All of the proceeds from the sale of Yves Béhar’s ocean plastic sunglasses will go toward The Ocean Cleanup’s future cleanup projects. They are available now for $199.