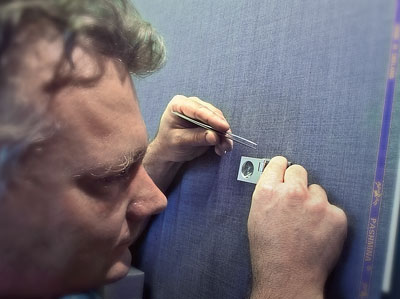 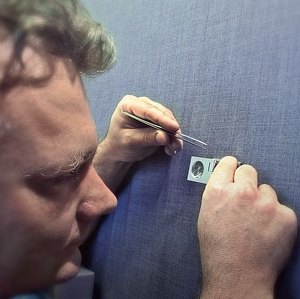 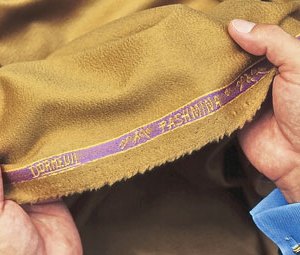 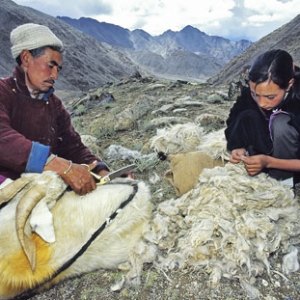 Four seasons’ worth of clothes from four American wardrobe consultants.

The nearly 600 clothing items will include a tuxedo made from pashmina, two suits of Guanashina cloth, a dozen shirts constructed from suitmaker’s linen, a vicuña double-breasted British overcoat with sheared mink lining, and two suits made from Vanquish, a new blend of pashmina and vicuña.

While awaiting the completion of their private Boeing 747 in 1982, three oil-rich brothers commissioned Chicago’s Chris Despos to create more than 180 formal suits in all shapes and sizes for their guests to wear in flight. The brothers intended the plane to be the world’s most elaborate party venue, and they wanted to ensure that their guests would never be underdressed. “They wanted something that had no style associated with any place or time frame, yet still had a feeling of formality,” Despos says, explaining how some of the suits he made—in wools and cashmeres—looked like tunics and others like ponchos. The guests kept the clothes as souvenirs of their journey.

Although the order may seem unusual, it was the type of challenge that Despos and the three other wardrobers involved with this gift are accustomed to facing. Michelle Carchedi, a private wardrober in Abington, Pa., once fashioned a suit from potato sacks for a Manhattan tycoon who had purchased a potato farm. Denver’s Evan DeLaney was asked to produce trousers cut from extremely thick cotton cloth for a client who was going on an African safari; the man hoped that the heavyweight pants would shield his legs from insect stings, sharp grasses, and other menaces while he hunted. Seattle tailor Gian DeCaro winced when he was commissioned to create a dinner jacket from an upholstery fabric with a flamboyant tropical print. But the jacket proved to be a showstopper at an island-themed party during a recent Cannes Film Festival.

“I think of myself as a psychiatrist first and a tailor second,” says DeCaro, noting that a wardrober often has to determine whether to fit a man’s body or his head. “It’s a delicate dance because a guy likes to think he’s a 36 waist, but he might measure 40 with the tape. So I always try to make him appear a couple of inches taller and 20 pounds thinner by the cut of the suit I make for him.

” Fear of revealing such tricks of the trade, or worse, of losing a top client to another stylist, has long made the business of personal wardrobing a profession for soloists. Yet these four will combine their talents to create a complete wardrobe package, cooperating in the manner of a relay team, with each stylist handling a season of the year. Despos’ spring wardrobe will feature a coat that is made of lightweight cashmere and resembles the belted wrap jackets worn by polo players between chukkers, or rounds. DeCaro’s summer outfits include two- and three-button suits made from Loro Piana cotton seersucker and doupioni silk. Among DeLaney’s fall items is a topcoat made completely of vicuña. For winter, Carchedi’s wardrobe will feature two suits made from Vanquish, a blend of pashmina and vicuña made by Dormeuil (see “Reaching New Heights,” below). The French textile manufacturer has granted Carchedi exclusive U.S. rights to the fabric, and she estimates that each suit will be worth at least $30,000.

This gift is available to one buyer only, but the collection may be duplicated for multiple residences. Each seasonal wardrobe may be purchased separately for a starting price of $350,000.REACHING NEW HEIGHTS

The most luxurious fabric comes from the roof of the world—or at least that is how the residents of Tchang-Tang think of their home. Tchang-Tang is situated at 16,000 feet above sea level in northern India, halfway between Tibet and Kashmir. The environment is harsh—temperatures can plunge below 40 degrees Fahrenheit—but the Capra hircus, also known as the pashmina goat, thrives there because of the fine layers of fleece that shield its body from the cold. The Chang-pa, a nomadic tribe that roams the Indian mountains, supports itself by collecting and selling the raw pashmina to dealers fluent in the tribe’s language, who then sell the fleece to textile companies. The tribespeople trim the animals instead of shearing them to avoid damaging the fleece’s delicate fibers, which measure about eight times thinner than human hair.

Two years ago, the French textile producer Dormeuil began blending the pashmina with vicuña, an equally rare fiber that is harvested in the Peruvian Andes. The fruit of this research is Vanquish, a $5,000-a-yard cloth that is the softest and most sumptuous ever produced. Dormeuil will debut Vanquish cloth in the United States next year.