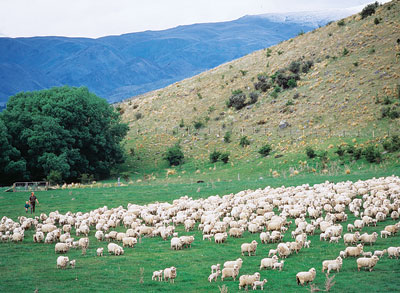 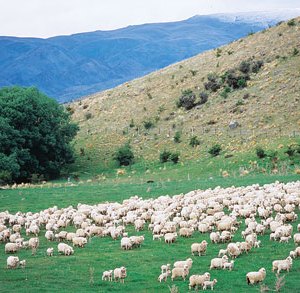 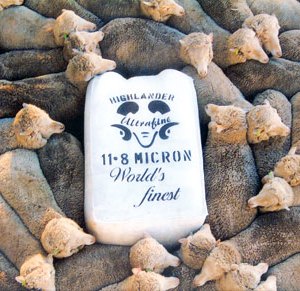 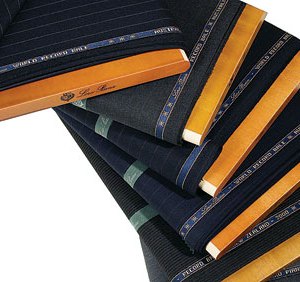 On Gary and Kay Wilson’s Highlander Farm in Tumbarumba, Australia, a flock of sheep live in a climate-controlled shed that, because of the pampering its residents receive, some in the fabric trade refer to as the “Wooldorf Astoria.” Away from the open fields and paddocks where most of the Wilsons’ livestock reside, these rams, about 50 in number, listen to Italian opera music and dine on organically grown grass, straw, and grains. According to the Wilsons, such care reduces their animals’ stress levels, which in turn helps them resist food-borne and airborne contaminants that can dramatically change the chemical structure of their wool, fiber that the Wilsons refer to as “golden fleece.”

The term is appropriate, considering that Italian clothing house Loro Piana paid more than $870 per pound for the 200-pound bale that the Wilsons’ mollycoddled herd produced in 2004, or nearly 150 times the price of premium Australian wool. The bale commanded the record-setting price because it contains the world’s finest natural fiber: The wool measures 11.8 microns, more precious than either cashmere or vicuña and about six times finer than human hair. Most well-tended sheep typically produce wool fiber measuring about 20 microns, and fewer than 5 percent of the 5 million bales that come to market each year are less than 17 microns.

Wool such as that from the Highlander Farm sheep is used to weave cloth so precious that only the world’s most accomplished tailors can turn it into clothing. In 2000, Loro Piana, which employs such tailors, established its World Record Challenge Cup to award on an annual basis—when merited—the breeder who produces wool that is finer than any previous fiber. Highland Farm is the reigning champion, having won the cup with its 11.8-micron wool in 2004.

From that record-setting bale, which has been secured in a vault in Italy since its purchase, Loro Piana expects to make only about 50 suits, and it will tailor all of them to fit a Robb Report reader.

Because this is the current record bale, Loro Piana will not convert the wool into cloth and begin making the suits until a breeder produces a finer bale.

A suit made from a typical record bale fiber can cost $25,000 or more, depending on the complexity of the fabric.

To facilitate your participation in the design process, Loro Piana will fly you in a private jet to its fabric mill in Biella, Italy, where you will be the guest of Pier Luigi Loro Piana and his brother, Sergio, the co-managing directors of the company. There you will work with Loro Piana’s technicians to create your cloth. Loro Piana even will weave your name into the selvage—the edges of the bolt of cloth that identify the mill in which it was made—to show that it was woven exclusively for you.

At your convenience, the master tailors at Loro Piana will meet you at your home or office—or anywhere else in the world you choose—to take measurements and fit you for your clothing.  You can have all the suits made for yourself, or have some made for your friends and colleagues.

The price may vary depending on the fabric that Loro Piana is asked to weave and the complexity of the clothing it is asked to make.

This gift is available to only one Robb Report reader.