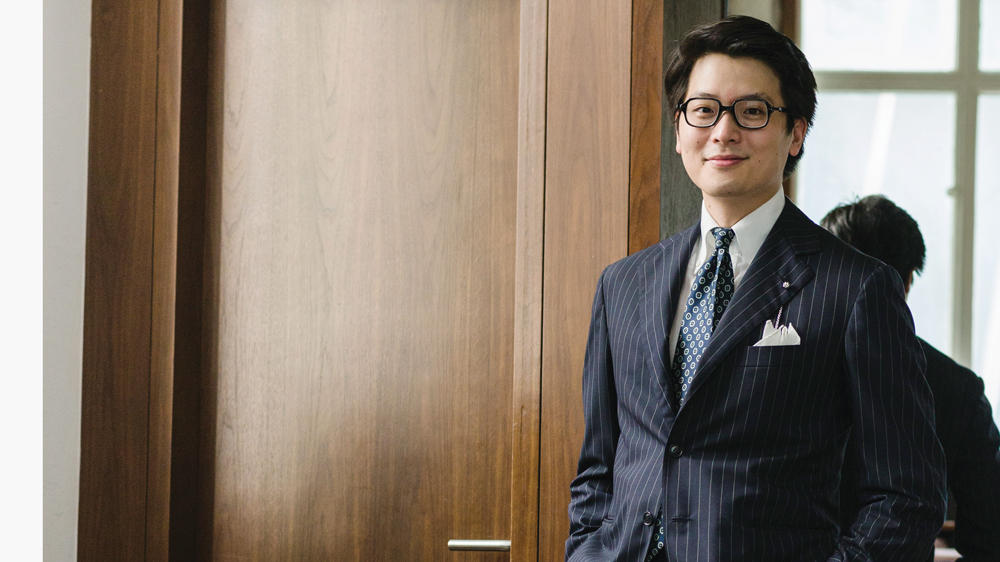 In his tireless search for exceptional artisans to stock his menswear store, the Armoury, Mark Cho has trekked to small Japanese villages, explored various cities and towns across Italy and France, and commissioned numerous prototypes to assess potential vendors’ capabilities. His unwavering commitment to quality has reaped returns for his clientele, who select from a finely curated and exclusive offering of international products at Cho’s New York and Hong Kong boutiques. “I love classic menswear,” says Cho, “and want to perpetuate that tradition while keeping it relevant.”

Cities That Stimulate
I really enjoy Tokyo for its idiosyncratic style. Japan can be a rigid place, but when people break free from their cultural norms, they go all out, and it shows in their dress, resulting in unusual colors and silhouettes mixed together in unexpected ways. I also find unique craftspeople in Osaka and Kobe.

Favorite Men’s Stores
I’m almost always head to toe in the Armoury or Drake’s. But I will make an exception for the Real McCoy’s, Nigel Cabourn, and S.E.H Kelly.

Places for Unexpected Discoveries
One of the most interesting stores I have come across is Pendulum of Mayfair Antique Clocks. They only sell clocks made before 1850, such as grandfather clocks, regulators, and so on. The history of timekeeping and how clocks work is a pet interest of mine, and the owners of the shop are truly knowledgeable. I love vintage watches and find some good models on the 10 Past Ten website.

I also love furniture, particularly midcentury Scandinavian. There’s an incredible dealer in Copenhagen and Paris called Dansk Møbelkunst that I highly, highly recommend checking out, even if just for their Instagram posts.

There’s a lovely little gallery in London called Illustrationcupboard that specializes in illustrations, especially from children’s books. The variation in illustrators’ drawing styles and especially their use of color is fascinating and useful for kick-starting my own imagination.

Craftspeople Who Inspire
There’s a Japanese tailor named Yuhei Yamamoto from Tokyo. He specializes in classic American tailoring but is creative and flexible—capable of cutting other styles as well. He has a love of history and tries to understand the historical context of what he is making: the details that mattered during the time that a style was developed, why was it done in a certain way. His deep affection and knowledge for tailoring is quite moving; it’s always a pleasure to see someone love their work like that.

Finding the Best Artisans
For tailoring, Italy still has the greatest pool of talent. At the Armoury, we deal with very specific styles of tailoring, such as Milanese, Florentine, and Neapolitan. These styles are very well developed and distinct from each other, and this is something not observed anywhere else in the world in a single country. In Milan, I like Musella Dembech and Caraceni; in Naples, Solito and Panico; and in Paris, Cifonelli and Camps de Luca.

For bespoke shoes, I prefer France or Japan. I see incredible creativity from French shoemakers, such as Philippe Atienza, whereas in Japan I find amazing attention to detail and proportion, particularly with Koji Suzuki or Yohei Fukuda.

England still holds a special place in my heart, though—both for tailoring and shoemaking. Savile Row benefits from more talented young apprentices than ever before. I expect some amazing new tailors to strike out from the U.K. in the next few years.