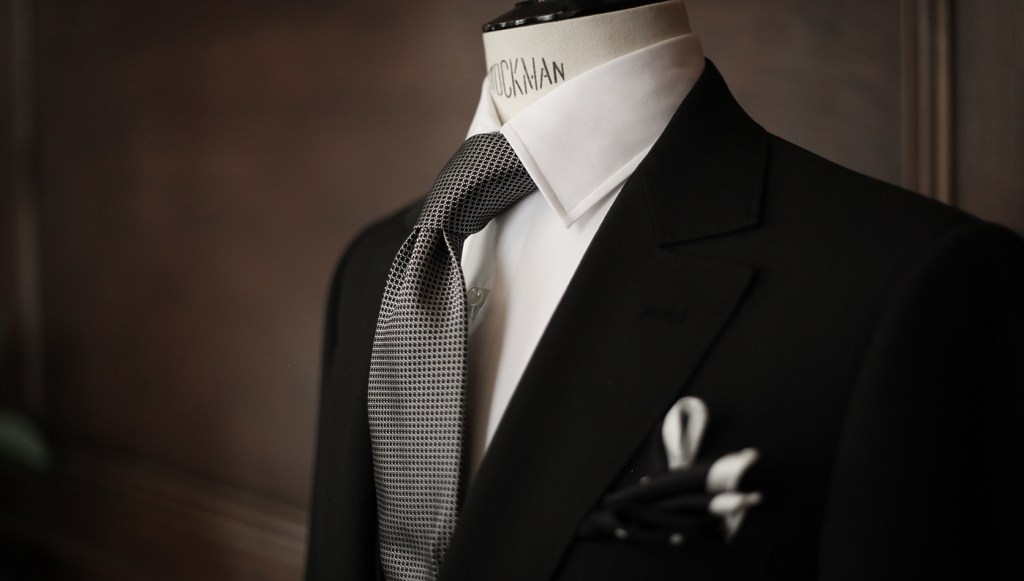 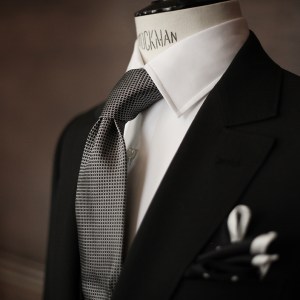 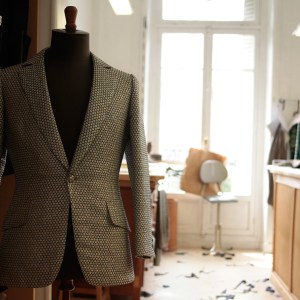 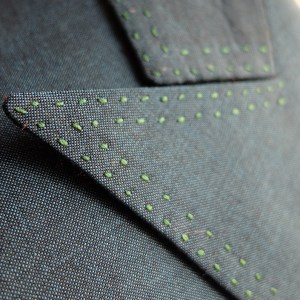 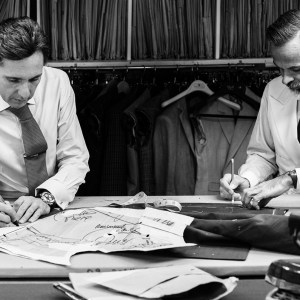 The City of Lights is a destination for lovers, gourmands, and—of course—the style savvy, but while there are numerous destinations for women’s haute couture, it is harder to locate uniquely Parisian high-caliber bespoke tailoring for men. To help you navigate your way through the sartorial city, we are spotlighting the three bespoke tailors you must visit the next time you are in Paris. Though each address represents a unique identity and style, you will discover that a common thread connects them all.

At 31 rue Marbeuf, the house of Cifonelli proudly stands as one of Paris’s coveted places for bespoke suits for those in-the-know. The address—not to be confused with Cifonelli’s rue de Faubourg Saint-Honoré flagship boutique—has been the company’s bespoke atelier since 1936, when, after taking over his father’s tailoring business, the Italian-born Arturo Cifonelli established the 8th-arrondissement shop. In the years following its debut, the Paris tailoring house and its iconic Italian-English style garnered a devoted following that included Cary Grant, Marcello Mastroianni, Fred Astaire, and a number of other A-listers. Today, cousins Lorenzo and Massimo Cifonelli continue the legacy as the fourth-generation heirs, growing the brand globally while actively preserving its signature style (featuring a distinguished forward-cut shoulder) and traditional techniques of tailoring. Every bespoke Cifonelli suit (from about $6,390) is handcrafted in-house by the atelier’s 40 tailors. And, clients can expect to meet with one of the Cifonellis for their consultation and fitting. (cifonelli.com)

In the 2nd arrondissement, another renowned bespoke house—this one with both Italian and Catalan roots—quietly serves up consistently polished sartorial style to its dedicated clientele. Officially cofounded in 1969 by experienced tailors Mario de Luca and Joseph Camps (ethnically Italian and Catalan, respectively), Camps de Luca helped redefine Parisian menswear style throughout the late 20th century with its signature suits. Distinctive features that have withstood the test of time include the hand-stitched inside teardrop pocket and the iconic Camps de Luca “fish-mouth” notch lapel, which features a deep, wide notch (much like Pac-Man’s mouth). Now, with the de Luca family’s second and third generation tailors at its helm, the house is still thriving thanks to its dedicatedly classic designs and exceptional sartorial methods. At its 16 rue de la Paix workshop, at least five tailors work on a single suit (priced from $6,920) for more than 60 hours before delivering it to the client. (campsdeluca.com)

Back in the 8th arrondissement, at 44 rue François (just a stone’s throw from Cifonelli’s workshop), the elegant bespoke atelier of Francesco Smalto Haute Couture just might be Paris’s best-kept secret. Though you might not recall the name, chances are you recognize the house’s signature red carnation on the lapel. After being established in the 1960s by the brand’s Italian namesake—a former head-cutter for Joseph Camps—the maison gained a loyal fan base that has included French stars Jean-Paul Belmondo and Charles Aznavour. While echoes of the late founder’s relationship with Camps can still be traced in the signature Smalto suit—take the teardrop inside pocket, for instance—Francesco’s unique method of craft-paper patternmaking has consistently set the brand apart from others. Though the company has grown over the decades to also offer a range of ready-to-wear men’s garments and accessories, its bespoke suits (from about $7,450) remain at its core and endure, in a sense, as a symbol of timeless Parisian style. (smalto.com)