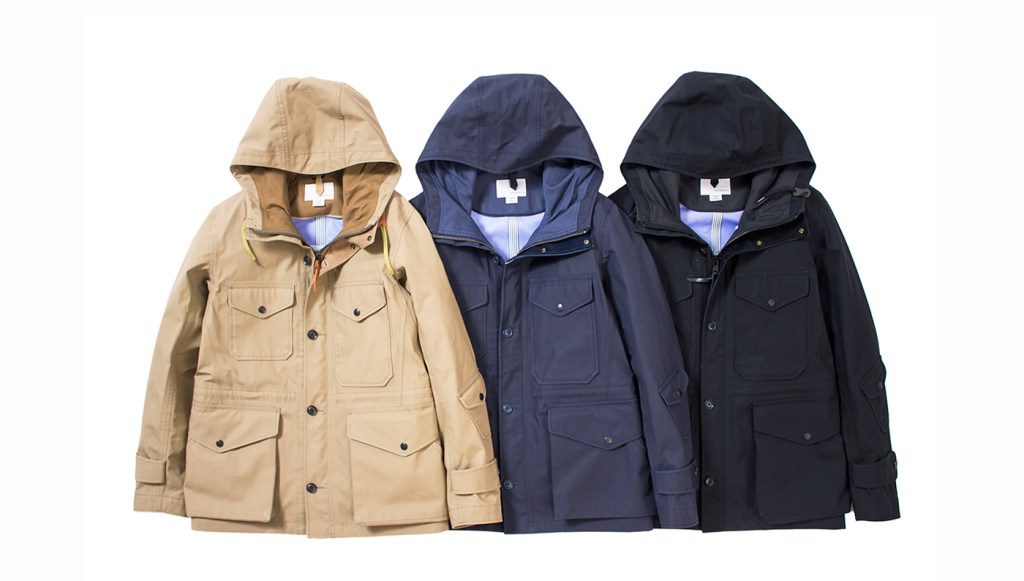 While the world revels in the over-the-top, avant-garde styles of such renowned Japanese designers as Rei Kawakubo—whose Comme des Garçons label was celebrated at this year’s Met Gala—under-the-radar luxury brands from the island nation are also making their mark. The following six must-know Japanese menswear designers are taking the industry by storm with their modern-classic aesthetics and masterful artisanship.

Translating the precision and expertise of bespoke tailoring into ready-to-wear suiting, the Osaka-based label Ring Jacket has been a sartorial mainstay in Japan since its inception in 1954. The company made its U.S. debut in 2015 after being picked up by the Armoury, and launched its e-commerce website just this year. Every garment—including the latest collection’s tan canvas suit ($2,025), blue houndstooth jacket ($1,950), and gray solaro suit ($2,400)—is hand-sewn in-house using the full-canvas construction method. (ringjacket.com)

Headquartered in Kobe, Nackymade eyewear incorporates a wonderful sense of whimsy into its sophisticated specs. The brand was founded in 2004 by Naoki “Nacky” Nakagawa and his wife, Tomoko “Mocky,” and together the duo hand makes every pair from start to finish. The brand offers both bespoke (completely customized) and made-to-order (personalized) services at its atelier in Japan, as well as stylish signature glasses, like the Mark and Ethan acetate styles ($495 each). (nackymade.com, available at thearmoury.com)

Japanese denim is widely considered to be one of the world’s most superior varieties thanks to its selvedge designation, and one forerunner in the tightknit industry is OrSlow, the Hyogo-based label founded by designer Ichiro Nakasu. The company’s jeans—including its 107 slim-fit washed selvedge style ($350)—take cues from vintage American workwear, merging classic style with modern silhouettes and comfort. (orslow.jp, available at mrporter.com)

Founded in 2003 by Eiichiro Homma, Nanamica is dedicated to producing highly functional sportswear that is effortlessly modern. The Tokyo label’s outerwear incorporates state-of-the-art textile technologies, making its designs equally fit for the city as they are for extreme conditions,. The signature four-pocket cruiser jacket ($995), for instance, features a three-ply Gore-Tex membrane layer that renders it wind- and waterproof. (nanamica.com, available at endclothing.com)

Inspired by the American frontier and the rich cultures of Native Americans, menswear designer Hiroki Nakamura founded Visvim 17 years ago in Ura-Harajuku and has since garnered a cult following for his thoughtfully crafted, rugged-meets-refined offerings. The brand’s shoes are made in Japan using cutting-edge techniques and materials—like Goodyear-welted Vibram rubber soles featured in the Zermatt ($1,030) and Folk ($1,145) boots—and are designed to get better over time. (visvim.tv, available at mrporter.com)

Arguably one of the most niche menswear labels in the luxury realm, Japan’s Cohérence bases the designs of its dapper coats on those of iconic poets, artists, and composers, while rendering them in contemporary fabrics. The brand’s Fou Fou trench coat ($1,750) takes after the vintage style worn by the Japanese painter and printmaker Leonard Tsuguharu Foujita, while the Antoine ($1,275) is designed after that of French writer and aviator Antoine de Saint-Exupèry. (coherence.jp, available at thearmoury.com)