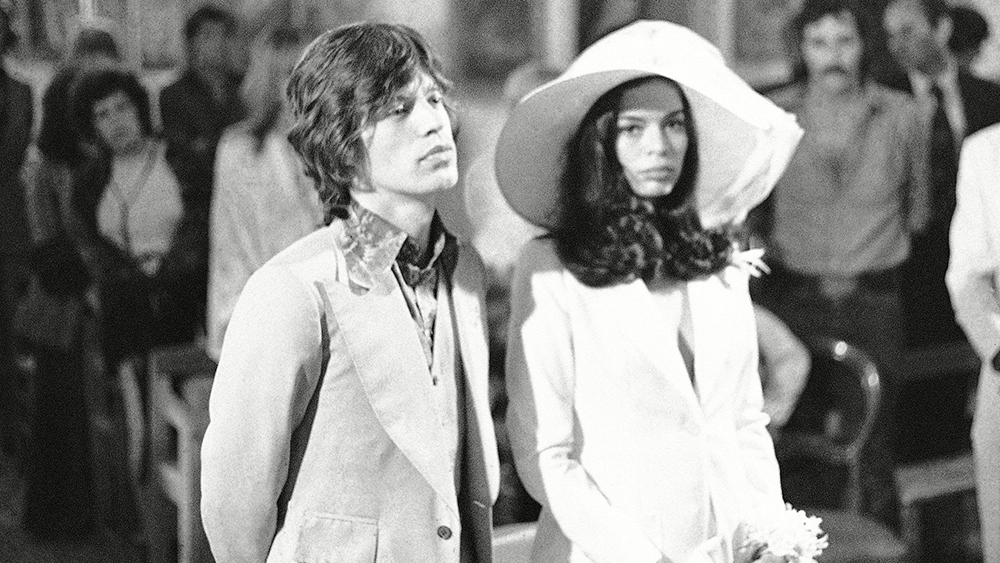 Nostalgia is comprised, it’s been said, of pleasant memories for things that never happened. Which is why eyebrows arch when fashion designers embrace the aesthetic of a particular decade: As any eyewitness can tell you, not all of it worked, and some of it was objectively terrible. There’s been a movement toward the 1970s in menswear in recent years, but the sigh of relief was almost audible as elements from that era appeared on spring/summer runways but in decidedly modern, wearable looks.

Sam Kershaw, buying director for Mr Porter, says the tailoring of Tom Ford—who looked to Mick and Bianca Jagger’s mod, freewheeling 1971 wedding for inspiration for his latest collection—is emblematic (and exemplary). Never not louche, a Tom Ford jacket now sees added volume, bolstered by expansive peaked lapels, as demonstrated by his brushed-cashmere Shelton blazer, in camel. Such earthy hues are everywhere this spring, from the burned yellow of Savas’s Western shirt, in soft Italian calf suede, to the rust-brown of Balmain’s ankle boots.

“There’s a nod to ’70s style not just in silhouette but in color,” Kershaw says. “Rust and cognacs and browns—when you talk about those things they sound quite difficult to wear, but actually, the way they’ve interpreted it makes it easy. It’s not a costume.”

And a very ’70s sartorial boldness is also on the menu, in a variety of ways: Prints are everywhere—we like those found on Officine Générale’s era-appropriate camp-collar shirts—as is volume (another trend that has only been growing over the last few seasons). While bell-bottoms will thankfully not be returning, we’ve earned some breathing room in our trousers, as a wider, straighter leg and higher waist now rule where skinny, tapered and low-cut once reigned supreme. The fit of Anderson & Sheppard’s corduroy trousers is a prime example; they also highlight the current favor for Me Decade materials such as cord, suede and patchwork—the latter used to ingenious effect in Bode’s eye-catching, classically fit workwear jacket made from a calico-print quilt from the early 1900s.

The result is a bigger, softer, more relaxed approach to spring dressing, offering a wardrobe that’s not only easier to wear but more fun. And, critically, not over-the-top.

“The silhouettes are not literal ’70s,” Kershaw says. “When you see it, you realize it’s very easy for guys to relate.” In other words, we loved the wedding, Mick, but you can keep the costume. We just want to Let It Loose a little.