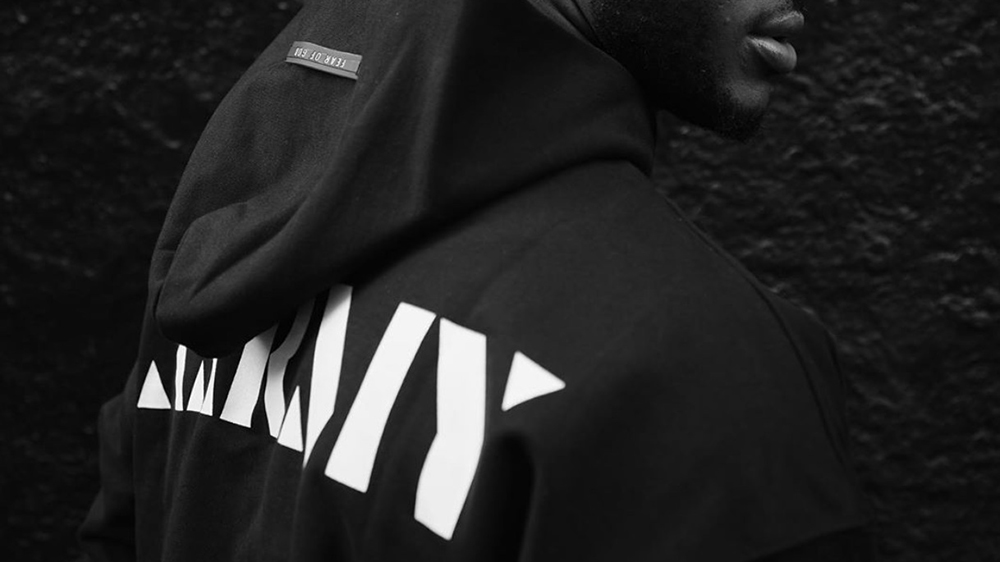 For the founders of AARMY, the buzzy new boutique fitness brand, and Fear of God, the burgeoning streetwear empire, it seems entrepreneurship runs in the family. AARMY cofounder Angela Davis and Fear of God founder Jerry Lorenzo are sister and brother. The power siblings teamed up to create a graphic hoodie and long-sleeve tee branded with AARMY’s stark white logo, and both items are available exclusively at the fitness studio’s two pop-up locations in New York and Los Angeles.

Davis is a Nike Master Coach who started AARMY with fellow exercise guru Akin Akman late last year to much fanfare from the regulars who swear by their classes. The concept for AARMY revolves around holistic training for the mind and body using customizable modalities (high-intensity cycling; boot camp classes; team lifting; and stretching for recovery) in a team setting designed by fashion industry vet Trey Laird. Lorenzo is known for having created a robust label around streetwear and sneakers; his own dedicated following includes Justin Bieber, who wore Fear of God on his Purpose tour. Luckily, the siblings’ aesthetics have a considerable amount of overlap.

The hoodie from the AARMY’s Fear of God collaboration.  Courtesy of AARMY

The first of AARMY’s two pop-up locations opened its doors in November of 2019 in New York City’s Soho neighborhood, while the Los Angeles branch got up and running in West Hollywood earlier this month. A permanent space is expected to launch sometime this spring with the same moody interiors that Laird initiated in the temporary sites.

The substantial hoodie retails for $225 and the tee $195, respectively.