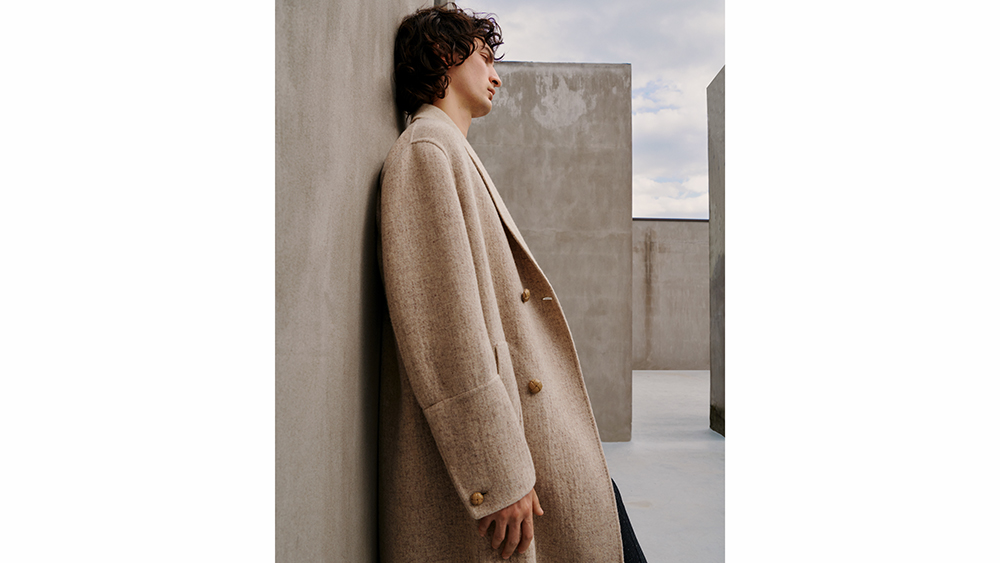 The all-stars of Italian luxury are an elite few, their status solidified over decades, if not more than a century, of weaving, stitching and cobbling world-class wares. Which means it’s not often that a newcomer joins their rarefied ranks. But while the name Agnona, the buzziest label among Italian fashion’s haute-est echelon, may be unfamiliar to you, its ascension has been long in the making. Originating as a mill, the brand has specialized in the most sumptuous fabrics and knitwear for over half a century. Now, with a new leader and a renewed vision, Agnona is claiming its place as a genuine arbiter of cashmere-swathed sophistication.

The brand was created in 1953 by Francesco Ilorini Mo, in the same northern Italian province where Loro Piana was founded. Like its neighbor, Agnona began as a textile merchant, dealing decadent cashmere, vicuña and alpaca yardage to Parisian couturiers, including Christian Dior and Cristóbal Balenciaga. The founder’s fabrics gained such a reputation that, with the help of another neighbor, Zegna, Agnona eventually launched its own ready-to-wear collection. In the ’90s, the company was acquired by Zegna and went through several attempted reboots, though the niche maker never quite found its footing within Zegna’s corporate structure.

Stefano Aimone, the brand’s new CEO and creative director, says Mo’s “core idea was that the garments are just a piece of fabric with sleeves.” That approach—minimalist designs rendered in the very finest materials—is what set Agnona apart from Italy’s other cashmere kingpins at the time: It was modern. “He had this really comfortable silhouette,” Aimone says. “Leisurewear, daywear, tailoring—but dressed down. That’s why it’s really now: There’s no more stiff power suit, even for businessmen. There is no more dress code.”

A scion of the Zegna family, Aimone grew up immersed in the tailoring business. Most recently he served as the head of design for Z Zegna, but with his “much more laidback” personal style, Aimone says he always had a soft spot for Agnona. When the pandemic struck, he decided to take action and, along with his father, acquired a majority stake in the company.

“What we’re trying to do is get back to where everything started,” Aimone explains. His fall collection, which reintroduced menswear after 20-plus years of dormancy, follows the founder’s fabric-first ethos with soft-shouldered, double-face cashmere jackets, leather-trimmed alpaca chore coats, cotton-cashmere jeans and an array of plush sweaters in the most exquisite fibers. Produced entirely in a natural palette of cream, camel, brown and black, the garments transcend the usual divides between uptown and downtown, on duty and off.

Asked about his competitors, Aimone replies, “I can’t say Loro Piana, because it’s too classic, too conservative. Cucinelli, too—it’s very, very him. The Row is too simple; Jil Sander is too fashion.” With its exceptionally well-made staples, the new Agnona manages to work with all of the above without prescribing to a distinct house style. Items like trim flannel trousers, wool-and-silk knit T-shirts and cashmere overshirts can be worn endlessly and in any number of ways.

“It’s much more contemporary,” Aimone says. “For me, contemporary is about expression, about freedom; it’s not about a specific design or silhouette.” For a brand rooted in old-school luxury craftsmanship, Agnona’s attitude is relentlessly new.