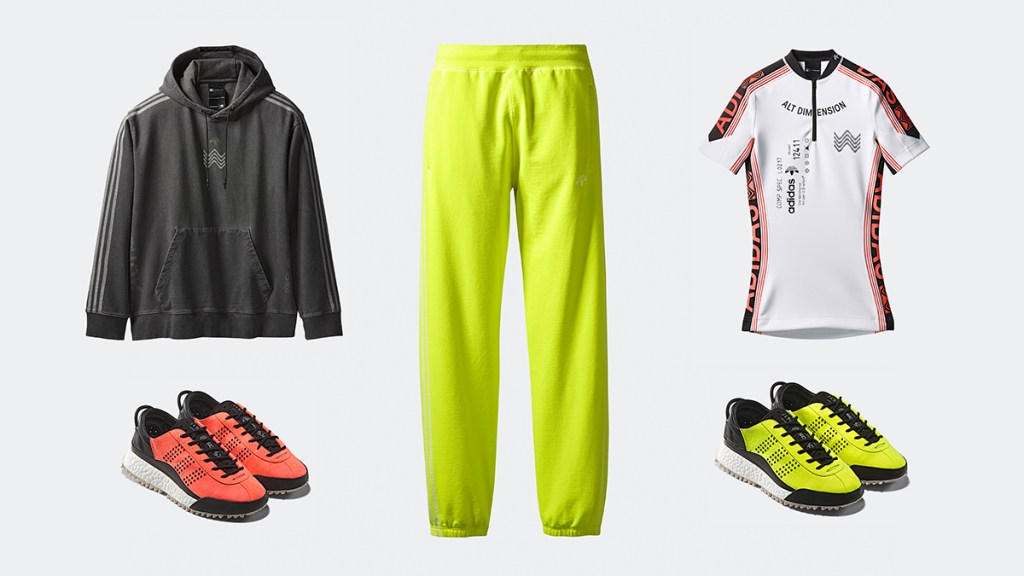 Alexander Wang’s latest collection for Adidas is hitting the market in truly bizarre fashion on Saturday the 29th. From the 29th at 12pm in New York, the only way to get your hands on his latest capsule will be by texting with a chatbot in at 917-512-7715. Posters depicting the new collection will start cropping up all over the city on Friday, featuring images of the new line and corresponding order codes.

After firing a text to the number, shoppers will be able to place an order for the items of their choosing, which will be then delivered by bicycle messengers. Choc full of bright neons and other text-heavy garments, the new collection is a collision of cycling and rave culture focuses on a mix of unisex apparel and footwear (as seen in the seizure-inducing video below).

The new collaboration taps into the athleisure trend that has been sweeping through both men’s and women’s fashion. In a recent Vogue interview, Wang cracked wise about dancing being his version of exercising, making the overlap of casual-club-attire-meets-athletics a logical combo.

This isn’t the first time that Wang and Adidas have endeavored to disrupt the retail community; their first launch brought a platoon of trailer truck stores to New York, London, and Tokyo last fall. The collection is anticipated in select Alexander Wang and Adidas Originals flagship boutiques, and on each brand’s e-commerce platforms after August 5th, though New Yorkers are encouraged to keep tabs on @alexanderwangNY and @adidasOriginals for up to date info on the release.