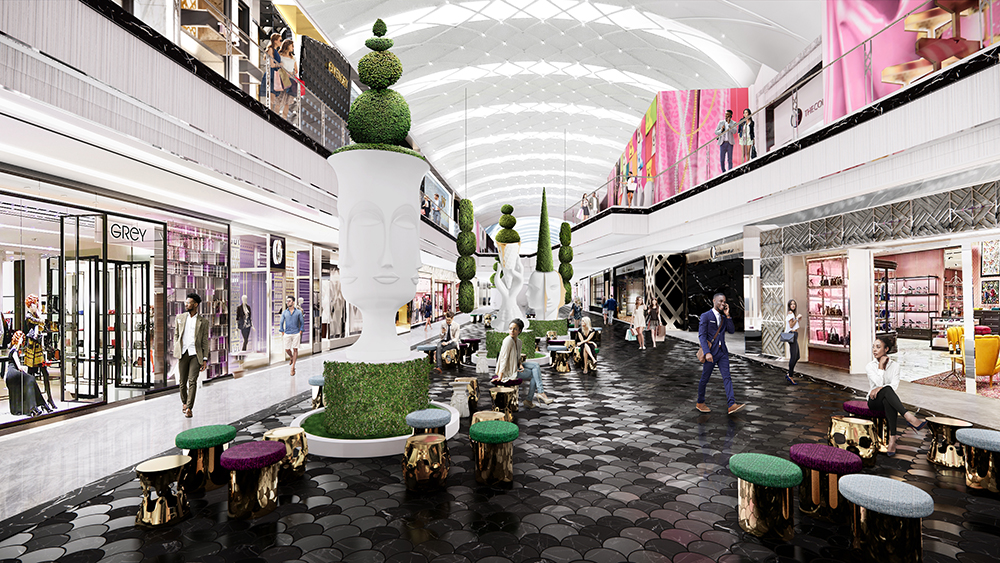 The nation’s biggest mall is about to get a lot more luxurious.

New Jersey’s American Dream mall announced on Thursday that its luxury wing will open on September 17.  The 300,000-square-foot space within the megamall, dubbed The Avenue, will feature more than 20 high-end retail and dining options for shoppers. Saks Fifth Avenue will be one of the luxury anchors within the space, alongside Hermès, Saint Laurent, Tiffany & Co., Dolce & Gabbana, and Mulberry and others. The wing’s dining options will be led by upscale restaurant Carpaccio, and there will even be a champagne bar called Brut.

Speaking to WWD, Ken Downing, CCO of Triple Five (American Dream’s developer), said The Avenue was designed to resemble a boutique hotel, with salon-style seating arrangements for guests. The wing was originally conceptualized by the developers to attract global tourists to the 3-million-square-foot mall, which opened in October 2019. The original opening date for The Avenue was March 2020, which was then pushed back to March 2021 due to the Covid-19 pandemic. It was then changed again to the fall of this year—but not before incurring a few losses.

The mall still has vacant spaces in the wing, resulting, in part, from bankruptcies of promised tenants, delays in getting new tenants and construction issues. American Dream originally intended to have Saks stand alongside three other major retail chains—Lord & Taylor, Barneys New York and FAO Schwarz—in the wing. But, in the past 18 months, Barney closed its stores and Lord & Taylor went bankrupt.

Nonetheless, it appears the set backs haven’t derailed The Avenue’s fall opening. “We are excited to bring our reimagined luxury experience to American Dream with a selection of prestigious brands and offerings unseen anywhere else in the state,” Don Ghermezian, president of American Dream, said in a statement. “The Avenue at American Dream builds on our premiere offerings, reinforcing American Dream’s position as a top entertainment and retail destination.”