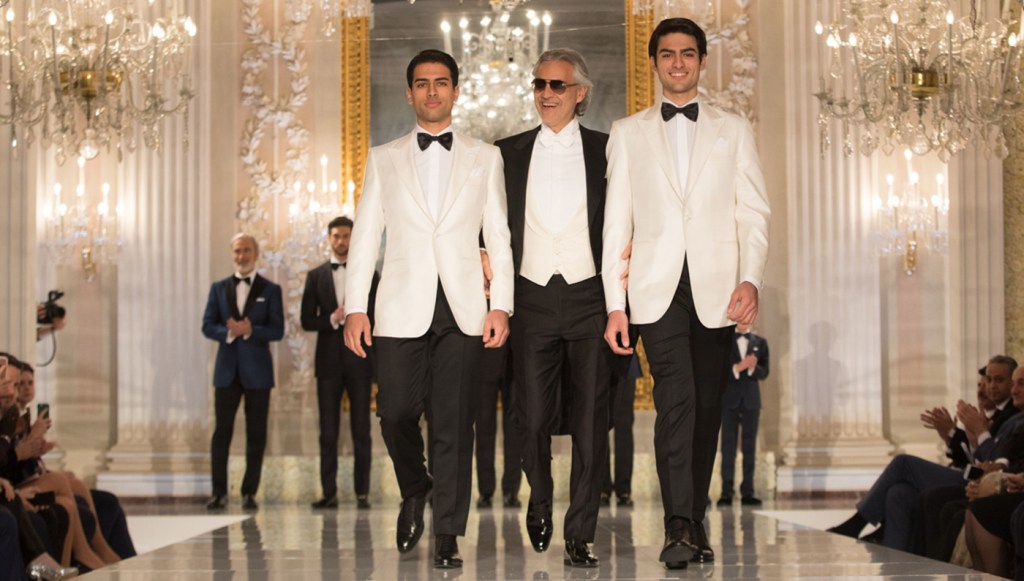 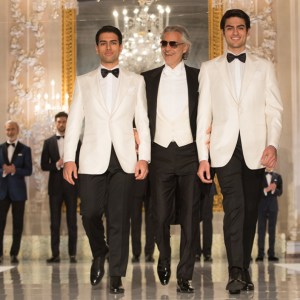 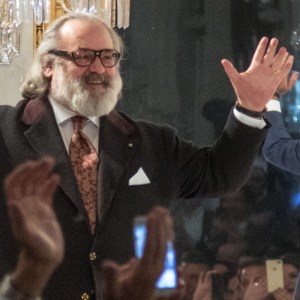 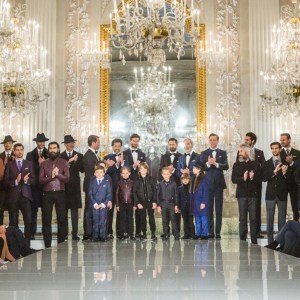 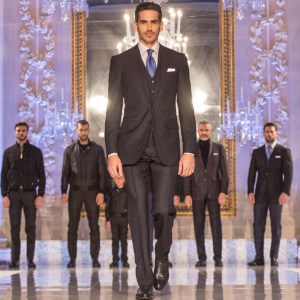 The Sala Bianca room, located within the historic Florence museum Palazzo Pitti, is known for its opulent white walls and for being the site of Italy’s first fashion show in 1952. Having hosted countless legendary catwalks, including those of Valentino, the updated Sala Bianca room most recently hosted Stefano Ricci’s 45th anniversary fashion show. The elaborate celebration underscored how beautifully tailored clothing can enhance the appearance of men at every age. His runway models included perfectly poised little boys alongside men in matching suits and sportswear, in addition to distinguished older gentlemen. But the big surprise was the finale when Ricci’s friend Andrea Bocelli walked the runway in white tails flanked by his handsome sons Amos and Matteo.

“This is an important step in the renewed dialogue between art and fashion,” says Eike Schmidt, director of the Uffizi Gallery, which encompasses the Palazzo Pitti. “Above all, it is an initiative which, from a historical point of view, is consistent with the place itself.”

The show was followed by dinner and a rare performance by Bocelli’s sons. Matteo, who looks and sounds remarkably similar to his father, sang and was accompanied by his brother Amos on the piano. Renowned composer David Foster attended from Los Angeles and also delivered an impromptu series of songs, which included a number by singer Nicole Scherzinger. (stefanoricci.com)