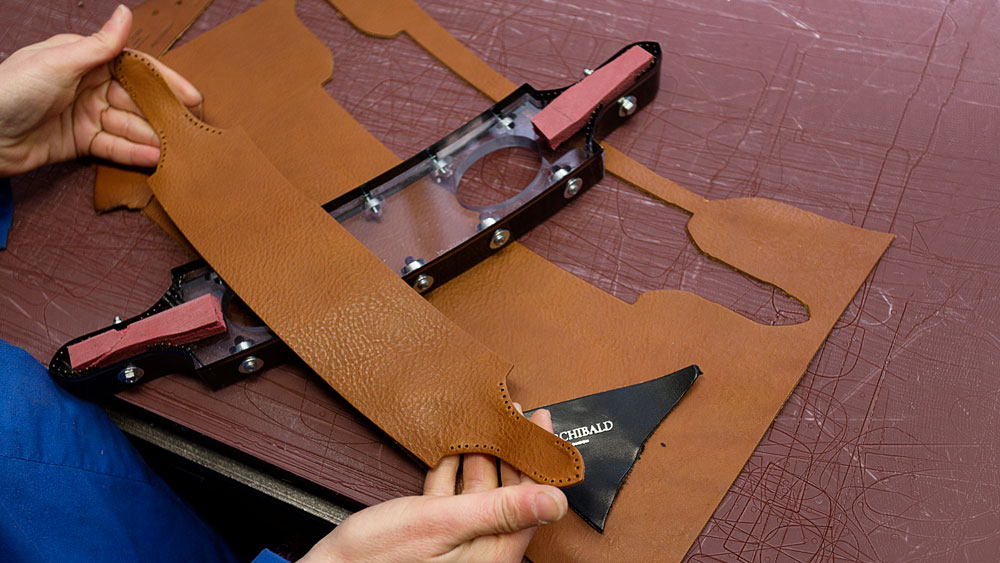 At some point, it was inevitable that disruption was going to come to the world of luxury fashion, where much of the cost of high-ticket pieces like vicuña coats and leather goods comes from a mix of brand magic and mystique. Sure enough: British entrepreneur Rohan Dhir, 28, started fashion and lifestyle company Archibald London precisely to shake up this world of big legacy brands, splicing the old – think traditional, handed-down craftsmanship – with the new—think e-commerce powered retail. And with that, Dhir hopes to “take apart the old boys’ club of British luxury.”

With an ancestry that spans the globe and a degree from Columbia University, Dhir founded his brand in 2014 selling handcrafted eyewear and lenses from Japan, before expanding onto clothing and other lifestyle products, with a product line now ranging from scarves, shoes, and weekend bags to chef’s knives, all done in a quietly confident style that he calls “contemporary classic.”

Subtly branded, Archibald London’s pieces are sometimes made in the same places as big brand-name goods.  “I’m passionate about offering great products but without the price tag you’d expect,” says Dhir. “It’s about getting the most beautiful things in the world to you at the lowest cost.” For example, his Scottish cashmere scarf costs just under a hundred dollars while an equivalent luxury-branded piece can easily go for upwards of four hundred a pop.

Archibald is not just about providing high quality for less—it’s also dedicated to customers to the supply chain, and Dhir believes the lifestyle consumer of the future will make decisions based on provenance. Why? “Because our customers increasingly tell us,” he says. “They like to know about how beautiful things are made.”

To that end, Dhir circles the globe to source the best products from the most skilled artisans; be they hand-stitched shoes in Italy, cashmere scarves from Scottish mills, or the best optical lenses from Japan. He sees this as an effort to help keep these artisans and industries alive and bring their stories to buyers—making Archibald about “value rather than price,” for Dhir and many of his customers (which include notable names like Jude Law and Nicholas Hoult).

“We’re talking about doing farmer’s products markets from Sicily, rugs from Iran, and Cuban cigars,” says Dhir when asked where the company is headed. “It’s about getting the best things in the world to you at the lowest cost.” And even when you can afford luxury, that’s a proposition worth considering.