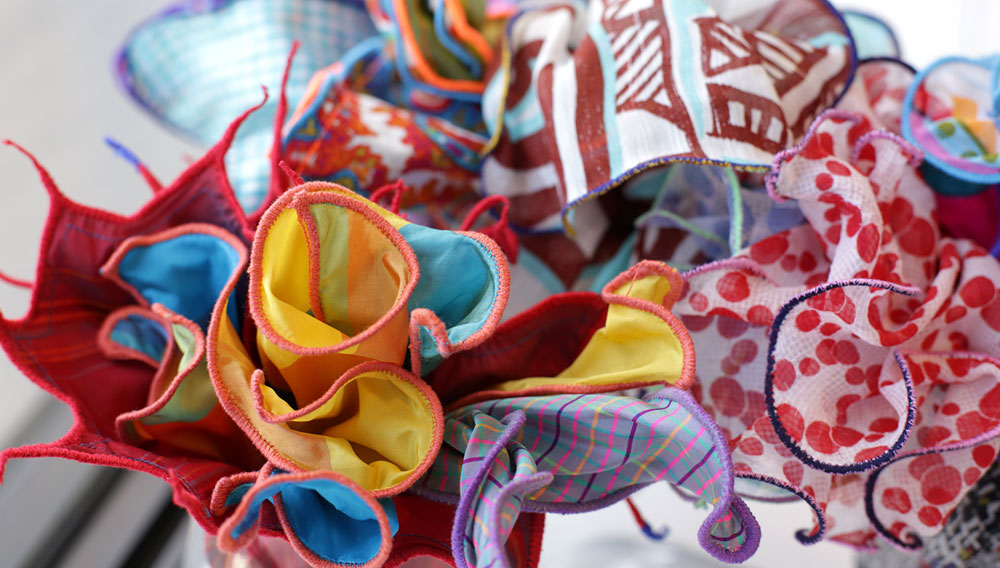 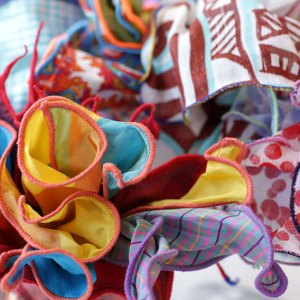 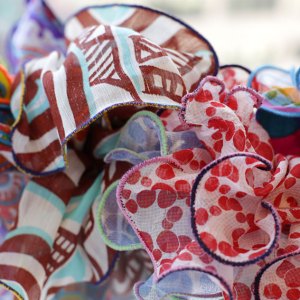 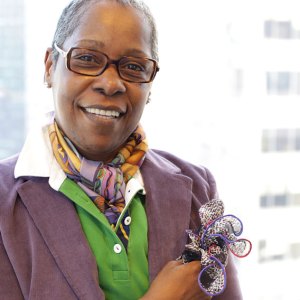 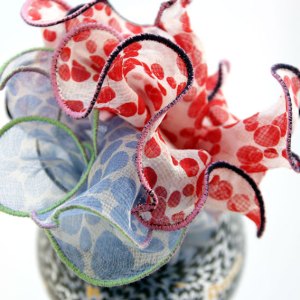 Eye-catching, colorful pocket squares are bursting out of the jacket pockets at Saks Fifth Avenue in Manhattan, each one adding a unique splash of personality to an ensemble. They are the work of Barbara Campbell, whose pocket-square collection was launched three years ago at Saks and numbers some 1,600 editions per year (from $75). And she still sews each one herself in her New Jersey apartment.

“I noticed that some of the guys on the sales floor were wearing these amazing pocket squares. When I asked where they got them, they told me about Barbara,” says Eric Jennings, the vice president and fashion director of menswear at Saks, who immediately contacted the designer. “It’s not often that a large corporation like Saks gets to work with a small artisan who really makes each one of her pieces by hand—especially someone as full of life as Barbara.”

Unlike the slinky shapelessness of most pocket squares, Campbell’s versions are structured and easy to style. Her secret lies in a unique method of stitching, which she says she discovered accidentally, when her sewing machine got stuck one day. The thick edges—often sewn in colors that contrast with the fabric—curl over as though supported by wire. When the fabric is tucked into a pocket, the borders form an almost floral shape.

And like flowers, no two Barbara Campbell pieces are the same. She cuts many of them freehand, which results in subtle variations. Her creations have included a 10-piece pocket square, made for a client who loves color, and a red one with pointed edges that resembles a lotus flower. They come in silk, cotton, lightweight wool, and cashmere, and can be customized to your taste. (www.saksfifthavenue.com)