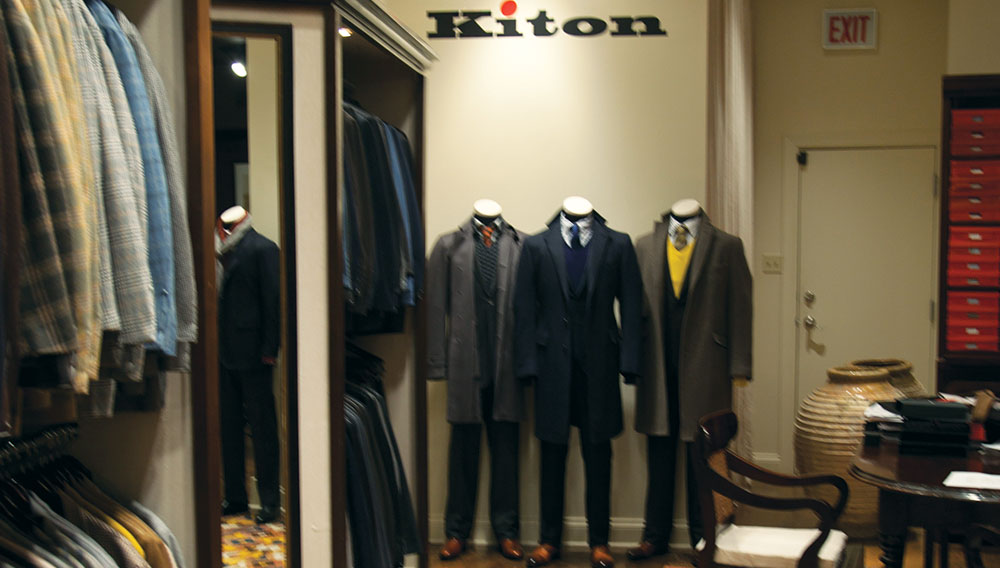 It’s not unusual for John Jones, one of three owners of George Greene (www.george-greene.com) in Chicago, to first guide a distinguished businessman through the process necessary to order a bespoke Kiton suit, and next direct a young entrepreneur to the latest Thom Browne sportswear collection or the newest articles from Yohji Yamamoto. “This is a new world,” he says. “People can afford these things at a much younger age.”

The reputations of Jones and his business partners long predate the creation of the men’s boutique, which opened in September 2001. They previously owned and operated a much larger high-end fashion store on Oak Street (only a few doors down from their current storefront), and they have since brought that success—and the same custom tailor—to the smaller, more intimate venture. Jones recognizes that that past experience has played a role in George Greene’s success, but he also credits his team’s critical eye and their understanding of their clients’ personal styles. “They know that we’re confident with how we edit these collections,” he says of his customers, “so they’re confident with what they’re going to see.”

For a relatively small space (the store is only about 2,800 square feet), George Greene offers a very diverse range of clothing and fashion accessories—everything from Italian suits to sunglasses accented with skull-and-crossbones motifs. Yet, despite those differences, Jones makes sure that the overall store maintains a cohesive atmosphere. “On the surface, each would be rather unlike the thing that comes before it and afterward,” he says,” but there’s a taste level; a similar way that we view all of them that makes them comfortable here.”